2019 Big Brother Nigeria housemate, Diane Russet has taken to her Instagram page on Thursday, 16th January to share some new stunning photos of herself.

The photos which were captioned ‘plain’ by the reality TV star has since set the social media on fire and we feel you need to also see for yourself.

The beautiful former ex-housemate was recently involved in a controversy after reports emerged that her manager, Nike tried to pimp her.

Read Also: Diane Defines Progress In Her Own Words As She Shares New Photo

However, the manager has since debunked such report as baseless. 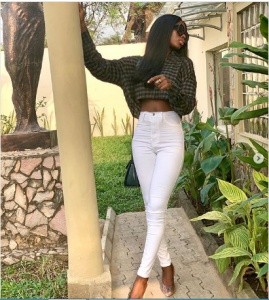