Apologizing To Your Kids Is Wrong – Nigerian Man

A Nigerian man on Twitter, Usman has taken to his page to recount his experience with a man on his way to Abuja.

According to Usman, he left his home very early without talking to his kids and while in transit, his wife called to tell him his kids wanted to speak with him.

Usman went on to speak with his kids then apologized that he had to leave before they woke up.

His discussion got another man on the train interested, this man then went on to argue against apologizing to kids as this makes them feel entitled when they grow up.

Read the story below;

”I left the house at 6am before the kids woke up so that I could catch the 1st train back to Abuja. While I was in transit my wife called. The kids had woken up & wanted to speak to me. I apologized to them for leaving without saying goodbye. I didn’t want to wake them.” 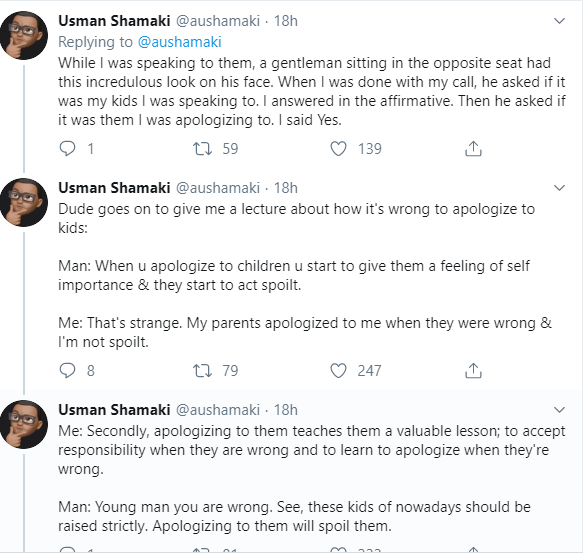 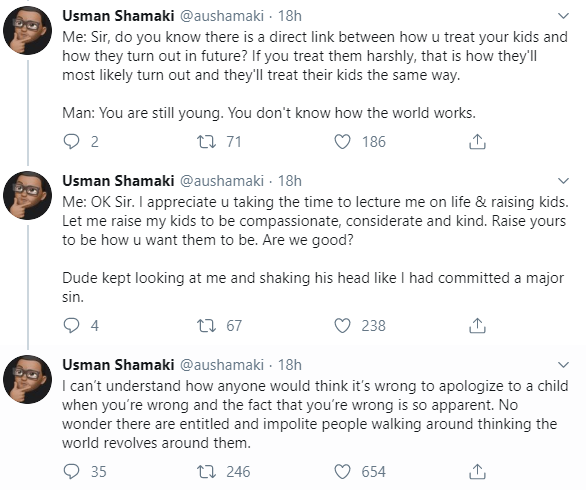