Nigerian journalist Kemi Olunloyo has taken to Twitter to share her thoughts on the viral BBC documentary #sexforgrades.

According to Olunloyo, Kiki Mordi, the investigative journalist in the story is arrogant and full of ignorance and must leave the country immediately.

Olunloyo said this while reacting to news of death threat on Kiki adding that she needs to leave the country fast as she has been told of many BBC investigative journalists who were assaulted over stories they worked on.

Read her tweets below; 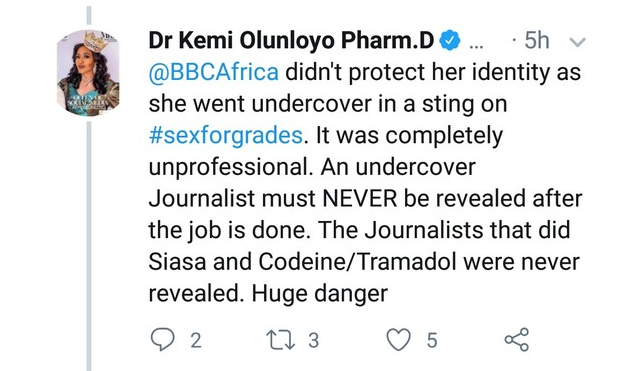 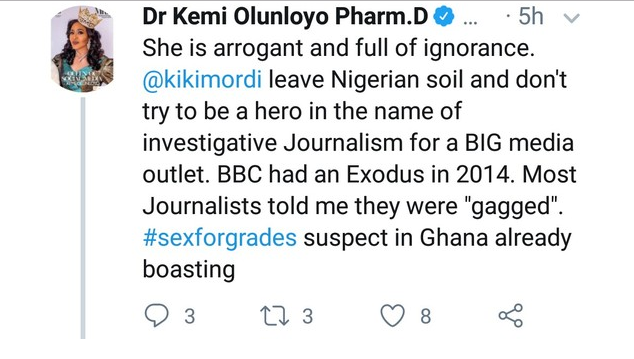 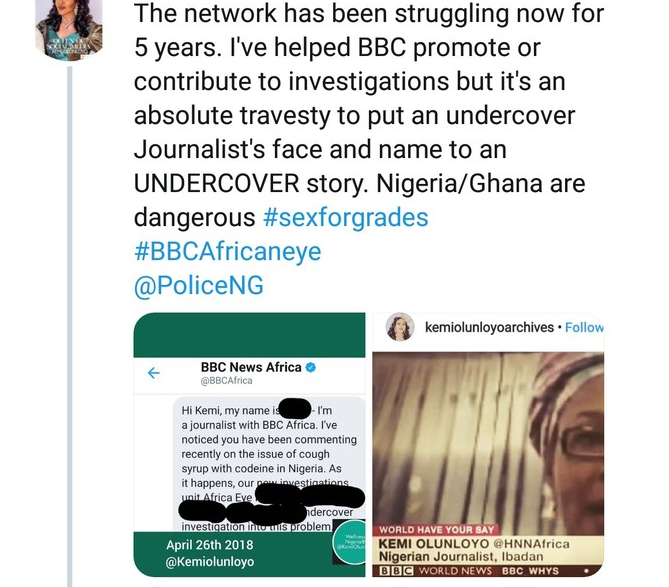 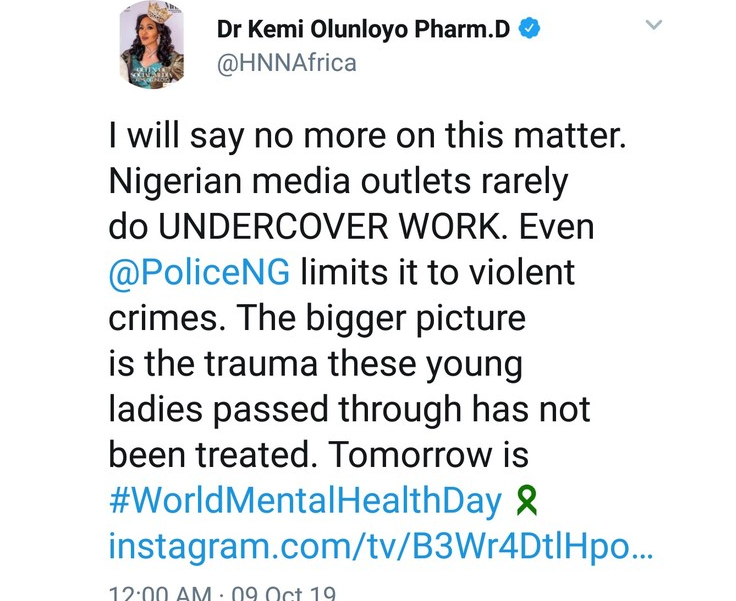