Nigerians have stormed social media to accuse Forbes-rated young Nigerian billionaire, Obinwanne Okeke, of exposing the 77 Nigerians listed in fraud charges by the US Federal Bureau of Investigation (FBI).

Information Nigeria recalls the suspects, who are mostly from the South-East, were charged with a 252-count federal grand jury indictment on Thursday.

The indictment alleges that they used various online fraud schemes such as business email compromise (BEC) frauds, romance scams, and schemes to dupe victims, mostly the elderly out of millions of dollars.

The CEO of Invictus group is currently trending on Twitter after Nigerian claimed he snitched on the suspects so he could reduce his time in police custody.

Read Also: “Men Touching Me Are My Fans, Let Them Enjoy Me” – Pantless Dancer, Zodwa Wabantu

See their reactions below: 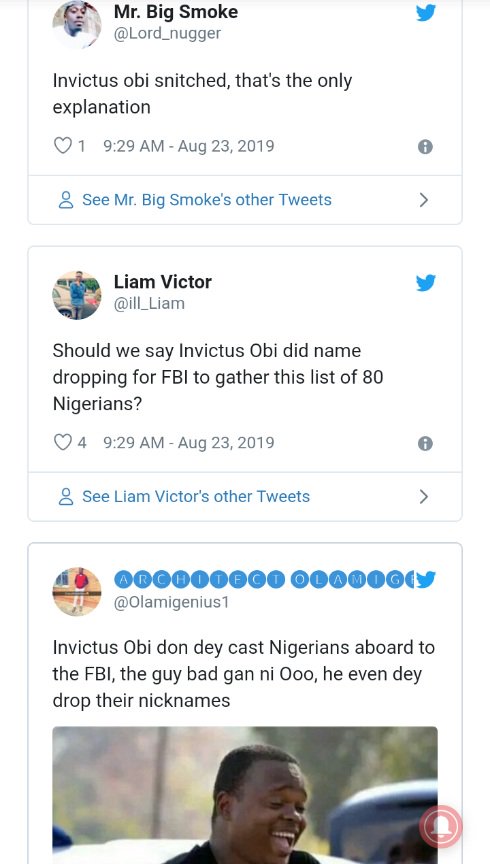 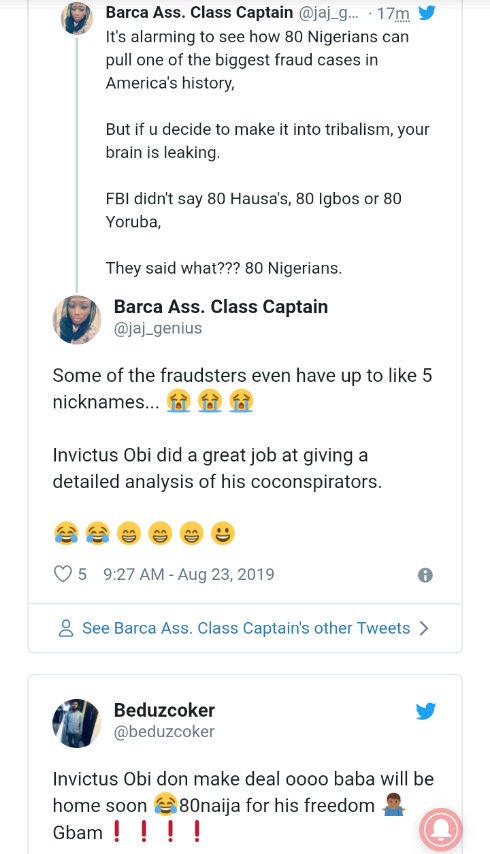 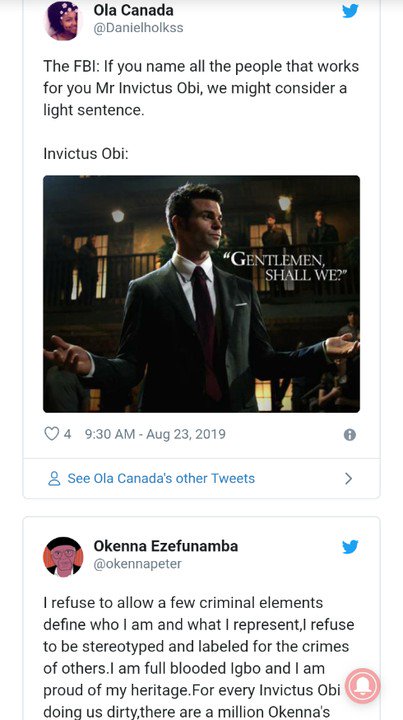