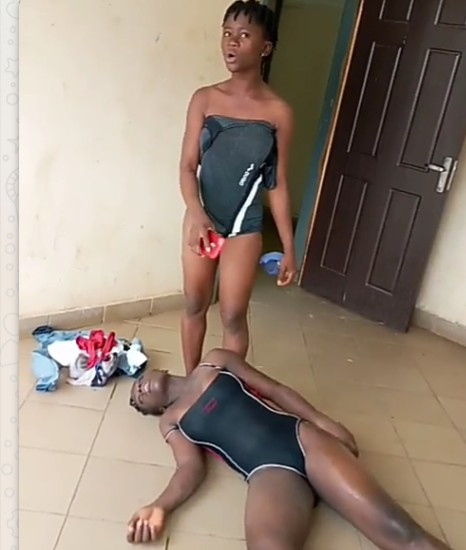 A teenage girl is currently trending after reacting horribly following her abuse of some drugs in Abuja.

The girl who is reportedly 17, alongside another friend, aged 15, had gone to the National Stadium in Abuja. While they were there, the 17-year old consumed an illegal drug and began reacting to it.

The younger girl narrating what happened said her older friend and some others were hanging out. She had gotten them Cokebit they refused it. She added that she wasn’t aware when they went to buy the drug her friend reacted to.

The older girl who consumed the drug can be seen on the floor rolling and screaming as she called on her friend to take her home.

Watch the video below.