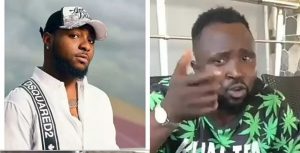 Shokiki Shitta, the young man who was beaten up by Baruwa Eleniyan for dissing singer Ayo Balogun also known as ”Wizkid”  and singing the praise of David Adeleke popularly known as ”Davido” has come out to say that he his yet to receive the N1m which Davido promised to give him.

According to the loyal fan who spoke via a video uploaded on YouTube, he said he has not been able to reach out to Davido since he made the promise.

Davido is currently in Atlanta where he is celebrating the birthday of his daughter, Hailey, who turned 2 earlier this week.