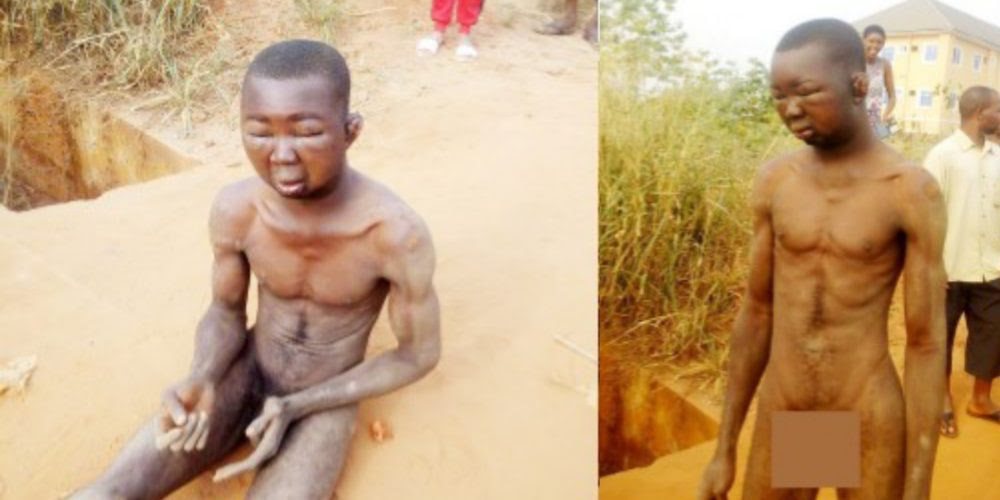 A middle-aged man escaped being lynched by the whiskers yesterday after he was caught stealing female panties in Anambra state. 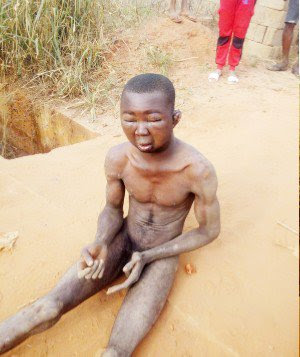 The man simply identified as Ifeanyi was caught at a student residential quarters at Mgbakwu, Awka North Local Government Area of Anambra State.

It was gathered that the suspect who hails from Umuneke in Udi Local Government Area of Enugu State confessed that he had already stolen over 58 women pants before luck ran out on him as he was caught red-handed by a woman in the early hours of that Wednesday.

A witness to the melodrama said that Ifeanyi had broken into the house around 2 am and headed straight to the rope where some pants were hung and was harvesting the underwears when the unidentified woman who came out to urinate saw him and raised alarm. 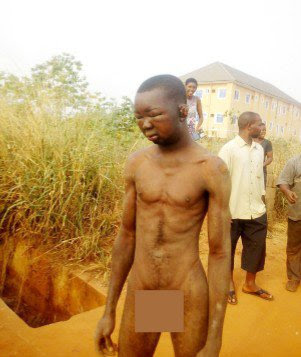 “The woman raised an alarm and he was caught; his cloth tore as he was beaten mercilessly by an angry mob,” the source revealed.

It was learnt that the suspect was once caught in the act at one white colour painted storey building where both students and non-students live at Amaezike village in Mgbakwu.

Ifeanyi had earlier confessed that he had been in the business of stealing ladies pants, washed and spread by the owners at their respective homes and that he usually sold them to a man known as Emeka Ofor at the rate of N500.

“I steal them (pants) from women hostels. I used to sell them to Emeka Ofor, who also hails from Umuneke Udi LGA at the rate of N500 per piece,” he confessed.

He equally urged youths still in the business of stealing ladies pants or other criminal activities to repent and give their lives to Christ.

It was gathered that after making a passionate appeal for clemency, the suspect was later forgiven by the mob and allowed to walk away.