‘UNBELIEVABLE TURNAROUND! North London stays RED’ – Here Is How The Gunners Reacted To Their Victory Over Tottenham 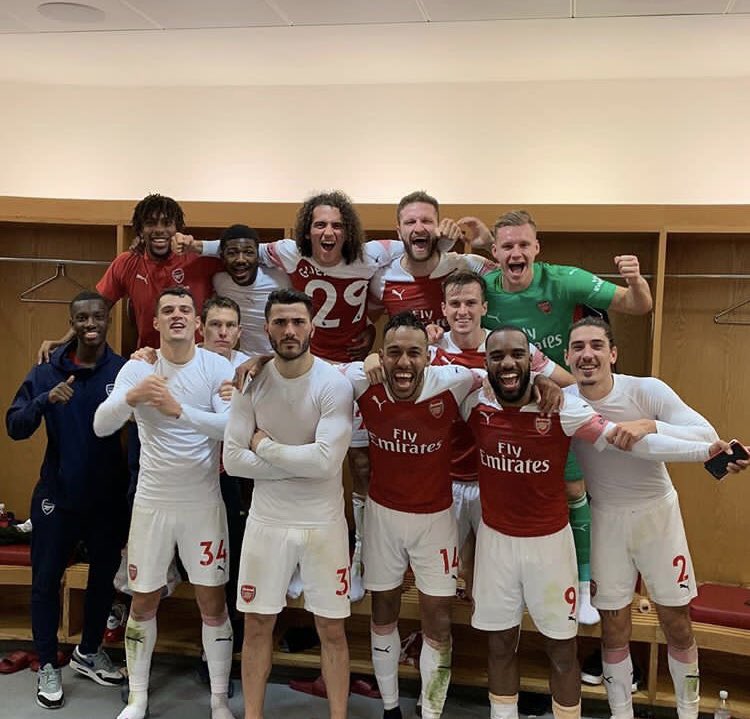 Arsenal unbeaten streak stretched to 15 across all competitions with their victory over Tottenham at the Wembley stadium yesterday during their domestic league clash. The Gunners had to come back from a goal down in the second half to emerge victorious by beating Spurs 4-2.

The now sit in fourth on the league table at the end of match day 14 on the same points with Tottenham  but as a result of their superior goal difference.

Gunners defender,Shkodran Mustafi, who has been an integral part of Arsenal team since he moved to London from the German Bundesliga has been reveling in the victory.

The German took to his twitter handle at the end of the clash to celebrate the victory by saying ‘North London is Red.’