Two Things Manchester United Coach, Jose Mourinho, Has To Say Ahead Of Their Clash With Arsenal Tomorrow 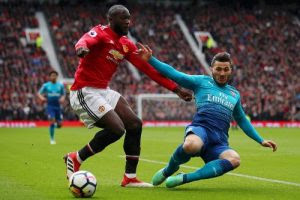 Manchester United welcome Arsenal to Old Trafford tomorrow in what promises to be a really interesting encounter. The Gunners are on a 15 matches unbeaten run across all competitions after their back to back defeat to Manchester city and Chelsea respectively during the early season.

The Gunners also beat Tottenham who thrashed Manchester United 3-0 by four goals to two and the Red devils coach, Jose Mourinho, who is aware of this has taken out time to commend  the Gunners for their wonderful run.

The self acclaimed ‘special one’ reveal today while fielding questions from journalist ahead of the tie that he has selection headache as his squad are injury ravaged. Although he went on to maintain that  he would try to build a solid team ahead of the clash and do all he can to emerge victorious.

What he said below:

“We are going to be in difficulties again to build the team,