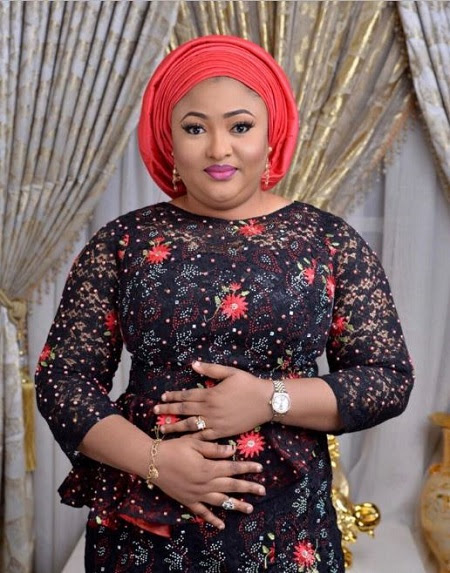 The State Secret Services, SSS, said it had apprehended a suspect, Amina Mohammed, aka Justina Oluoha and Amina Villa, for allegedly parading herself as Rashida Bello, wife of Kogi governor.

Peter Afunanya, Public Relations Officer of DSS, disclosed this while addressing newsmen on the arrest on Monday in Abuja.

He alleged that the suspect had an unauthorised access to the Presidential Villa and used the office of the First Lady, Aisha Buhari to engage in fraudulent acts.

Mr Afunanya said that the suspect adopted various names and identities to defraud unsuspecting persons before she was discovered.

“She used the false identity to evade protocol and scrutiny, thus gaining unauthorised access into the villa and particularly the residence of Mrs Buhari.

“She took advantage of the fact that personalities as First Ladies, ministers and certain categories of officials are not taken through the rigorous protocol and security checks at the villa posts,” he said.

The spokesman said that the suspect on November 22, 2017 when she paraded herself as the Kogi First Lady, invited Alexander Okafor, aka Chicason into the villa.

He said that the suspect made Mr Okafor believe the invitation was at the instance of the wife of the president.

“Investigation revealed that the first lady was away on lesser Hajj and not in the villa during the period,” he said.

The spokesman said that Mr Okafor had complained that he was duped of over N150 million in respect of a Court of Appeal property Lagos which the suspect promised to help him.

He said that the property was said to have been part of those under the presidential implementation committee on a lease of government property.

“Investigation has shown that this unholy enterprise is not to the knowledge of the first lady. What the suspect did was to use the first lady`s name and office as bait to lure and defraud her victims,” he said.

He advised members of the public to be wary of individuals and groups who used names and offices of high government officials to defraud them.

Speaking to newsmen after refusing to be captured on camera, the suspect alleged that some top government officials were also involved.

She said that Mr Okafor had been buying the property from the committee in charge of government property.