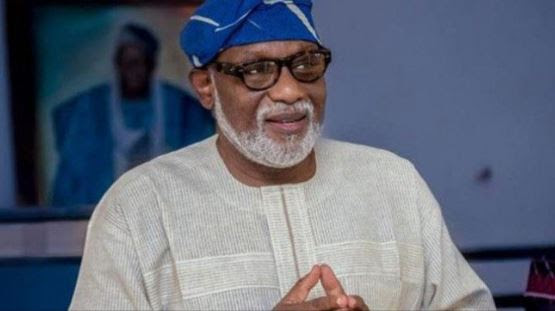 Benson Enikuomehin, senior special assistant to Rotimi Akeredolu, governor of Ondo state, on oil and gas, has resigned his appointment.

In a letter seen by TheCable, addressed to Akeredolu, Enikuomehin thanked the governor for giving him chance to serve in that capacity.

The two paragraphed letter reads: ”I write to resign my appointment forthwith as the Senior Special Assistant to Mr. Governor on Oil and Gas.

”I am indeed grateful to the Governor for the opportunity to serve.”

An aide to the former Ondo state representative at the Niger Delta Development Commission (NDDC) board who spoke to TheCable confirmed he has also dumped the APC.

Yemi Owolabi, commissioner for information in the state, wished him well in his future endeavours.

Efforts to reach Enikuomehin for comments proved abortive, as all his phone lines were switched off as of press time.

However, a source close to him confirmed hthe resignation to SaharaReporters, saying: “Yes, he has resigned and the resignation letter is not fake. It is real and that is his signature.

“There are many issues going on in this government that people don’t know. You are a journalist and I know you should have your nose, ears and eyes in the goverment of Akeredolu who has turned his cabinet into a family business.

“His wife (Betty-Akeredolu) and son have taken over almost everything in the state. All the contracts are now being awarded either to his wife, son and even in-laws. Mostly in the OSOPADEC office, the Governor’s wife and son are in charge of all the contracts. They do not allow the people in the ministries or parastatals of the government to carry out their work.

“If there is any project or contract in the state, you wil see the Governor’s wife and his son coming in through their pseudo companies to collect the contracts.

“They are the only ones milking the state and the Governor cannot say anything. Even the commissioners cannot talk, because the SAs under them are loyalists of Mr. Governor.

“This is not how to run a government. Akeredolu doesn’t know how to run government and let me tell you that Enikuomehin’s resignation is just the latest to come in this cabinet.”