Musician slams friend who attended his wedding and gave him a dud cheque of N5,000 as wedding gift

A certain Nigerian musician has expressed how disappointed he is at his friend who attended his wedding and gave him a dud cheque as a wedding gift. 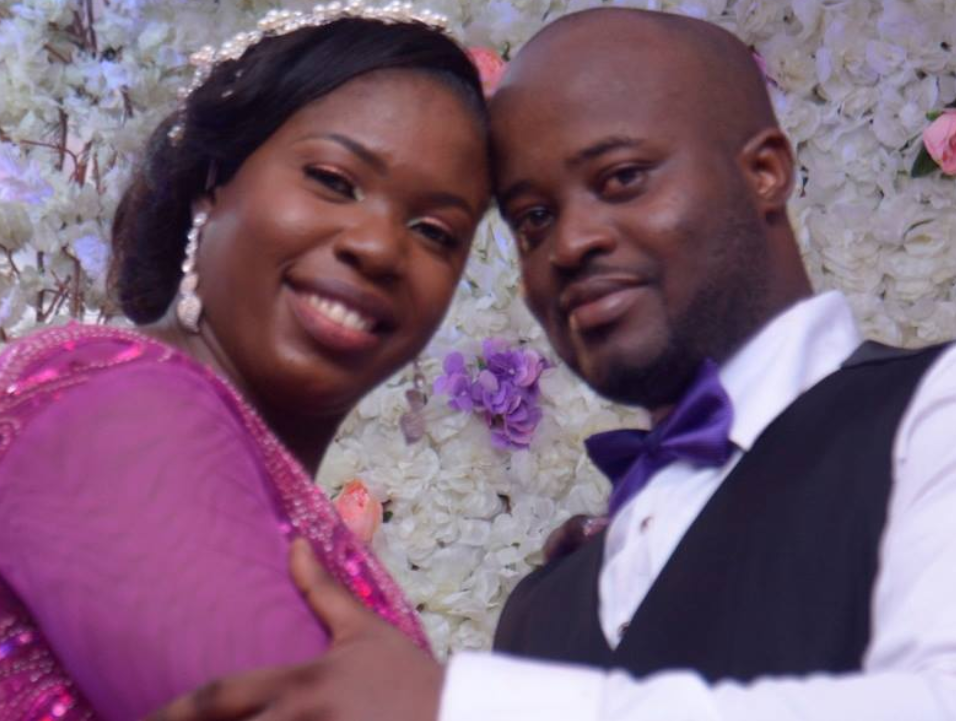 Taking to his Facebook, Nwafor Chigozie Paul also known as Don Saint, slammed the wedding guest after his wife visited the bank to cash the N5,000 cheque but was told by bank officers that there was no money in the account.

Sharing a photo of the cheque on Facebook, Don Saint wrote;

Life is simple but people complicate it…

Someone came to my wedding on 1st Dec, and dropped a cheque of N5,000 for us to cash. I called him two days later and he said we can cash the cheque anyday from the 10th of Dec.

Today, I sent my wife to the bank to cash the money, since she banks with the same bank too.

And after waiting for about one hour, 15 mins, she was told she can’t cash the cheque, that the person got no money in his account.

Like seriously? It would have been cool for me, if you came, ate, drank and just left, than putting my wife through this stress…

It’s a big shame coming from a man like you! 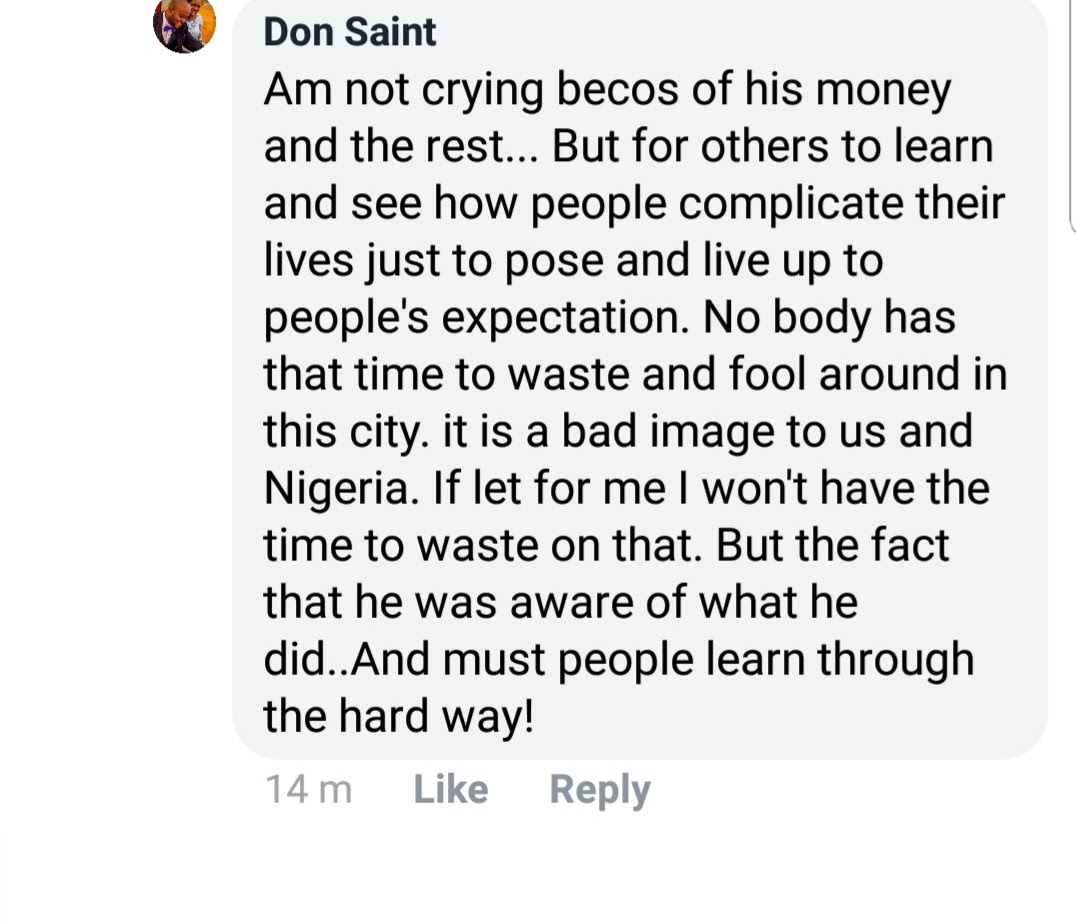 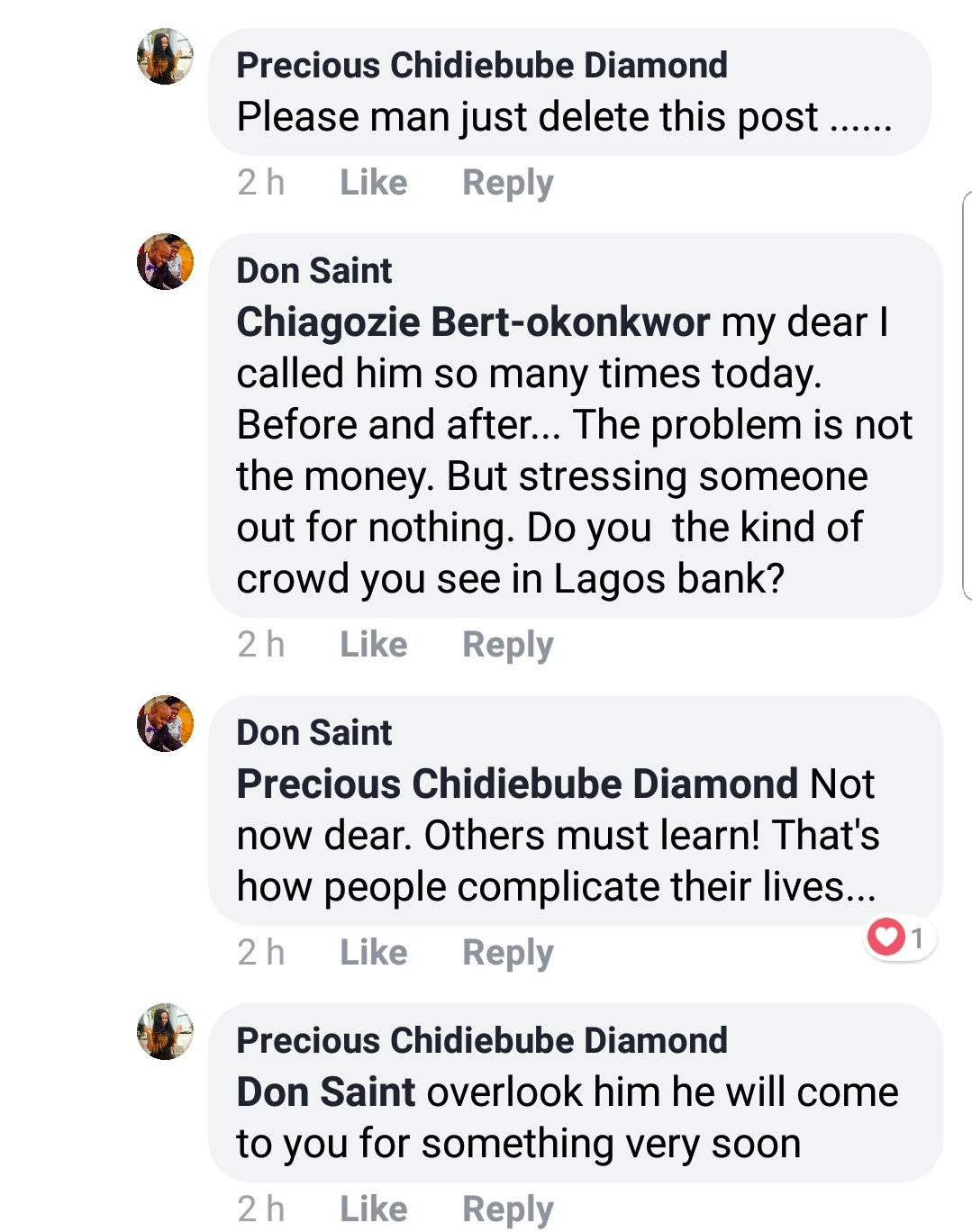 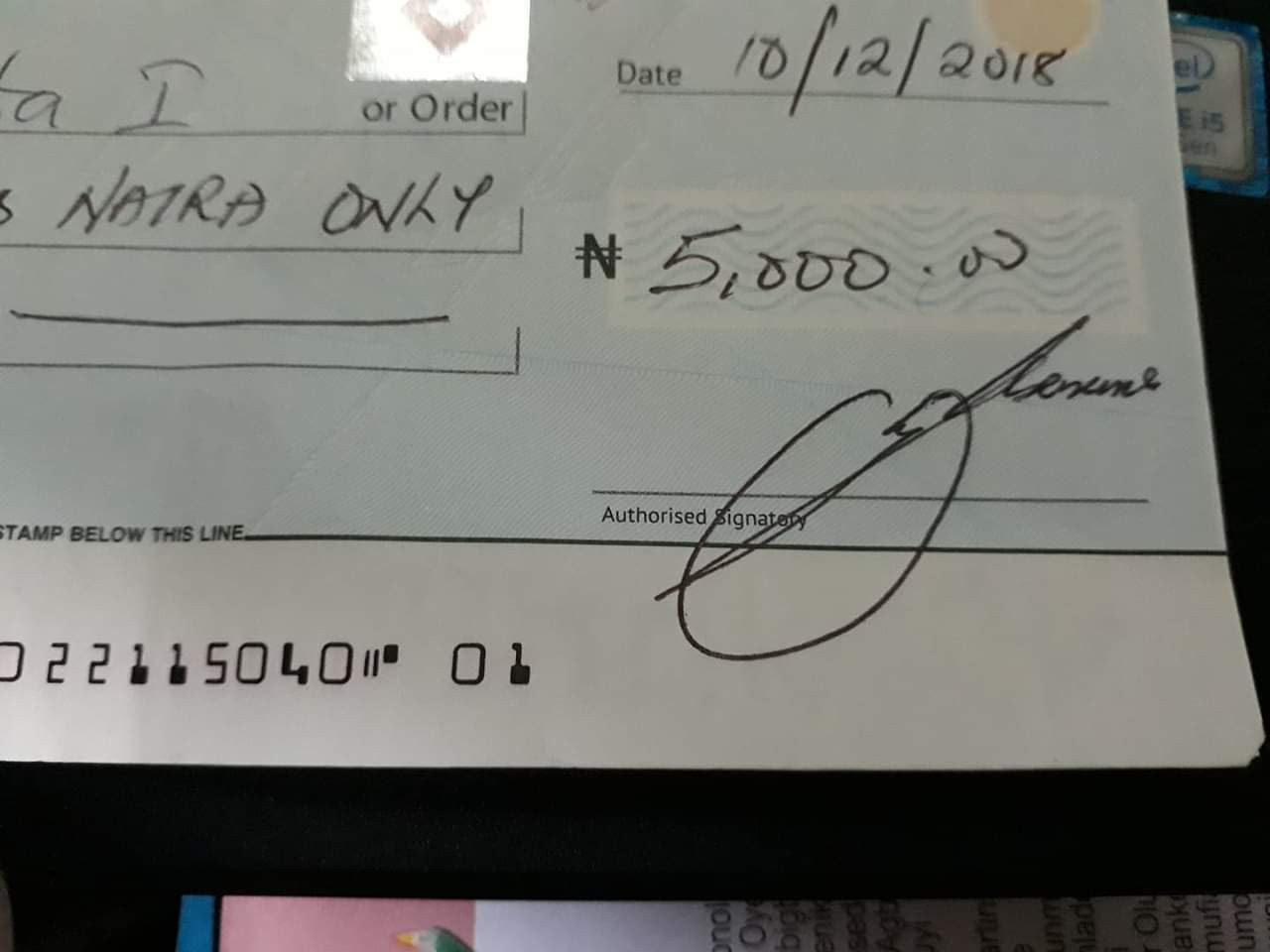 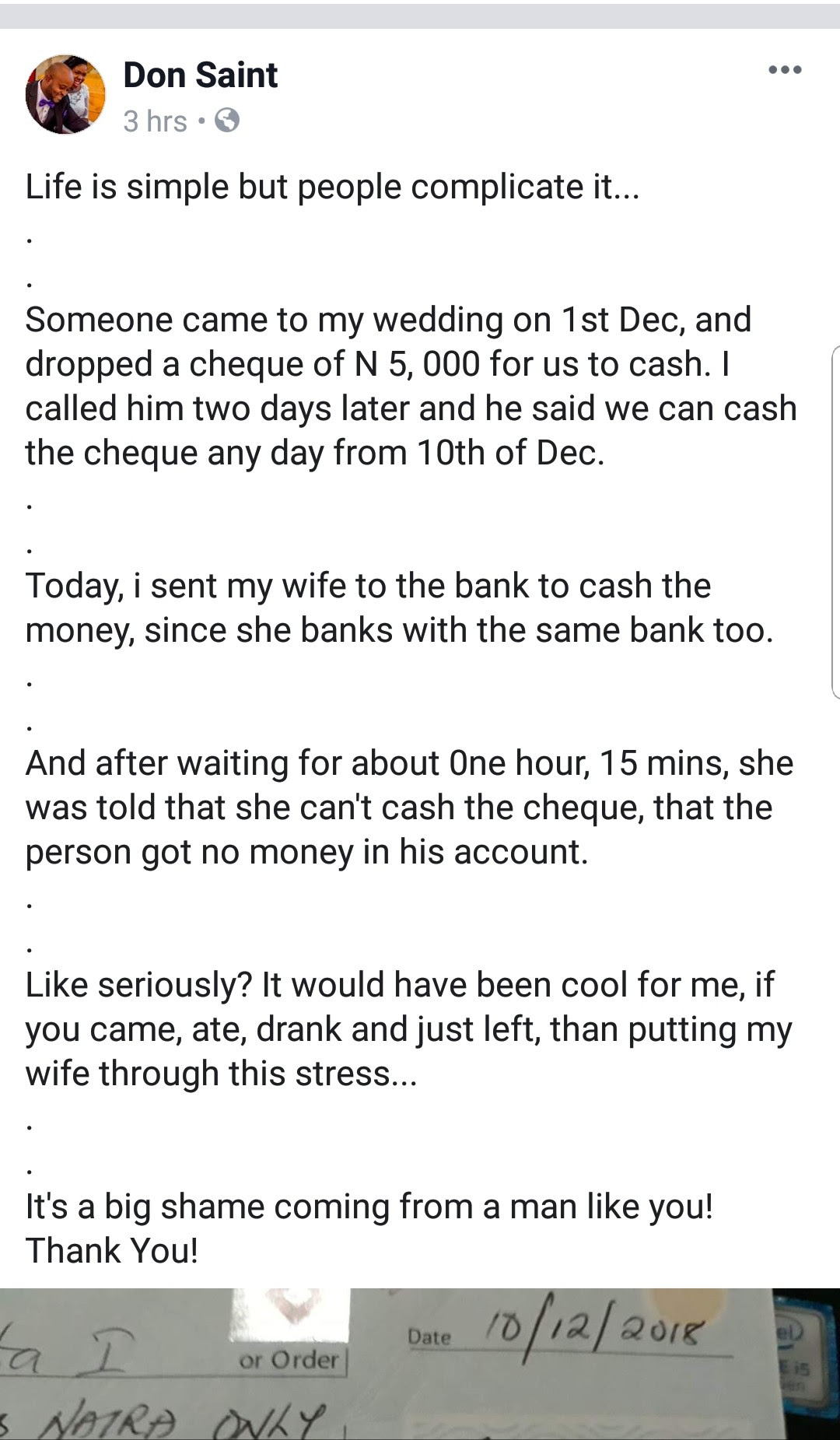