Buhari’s 150 cows not disturbing anyone, but Atiku’s thousands of cows, have armed herdsmen, escorting his numerous cows – Buhati’s aide 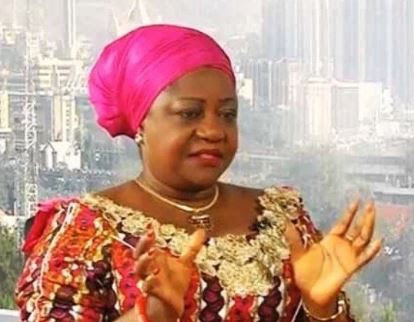 Presidential aide, Lauretta Onochie has taken another swipe at the presidential candidate of the Peoples Democratic Party(PDP), Atiku Abubakar.

According to president Muhammadu Buhari’s aide on social media, while speaking via Twitter on Wednesday, the President has just 150 cows, not causing any threat to any one but said the former vice president, has thousands of his cows roaming about with armed herdsmen.

This may be in defense to criticisms that Buhari has had just 150, since he declared his assets on assuming office in 2015, and the figure has never gone up – making critics say that, a president who can’t increase his personal business, would definitely be unable to manage the Nigerian economy.

Onochie, is quite popular on social media, making very controversial statements, which some people have argued are unfit to be uttered by someone in her position.

Hmmm, @MBuhari has 150 cows. Secluded in a RANCH and not posing any threat to farmers and their crops.

Atiku has thousands of cows roaming the nation with ARMED HERDSMEN, from Sokoto to Benue, from Taraba to Enugu.

Do I need to say more?