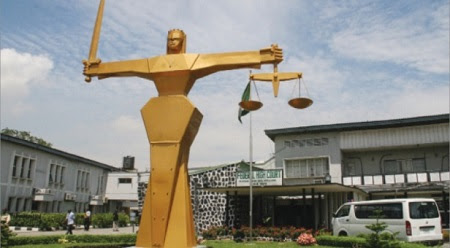 A 62 year-old driver, Ibrahim Sanni, who police accused of intimidating a passenger with witchcraft, on Tuesday, appeared in an Ilorin Magistrates’ Court.

The Prosecutor, Insp James Odaudu told the court that the complainant, Ayobola Suleman, boarded a cab from the post office to Geri-Alimi and an argument ensued between them over change.

Odaudu alleged that the accused during heated argument, brought out a snail shell and robbed it where the passenger was seated and also recited an incantation.

He said the complainant, got scared and raised an alarm.

He said the accused appeared before the court on a one-count charge of criminal intimidation which contravened section 397of the Penal Code Law.

The accused, however, pleaded not guilty to the charges.

Magistrate Aluko Muhammed, admitted the accused to bail in the sum of N100,000 with one surety in like sum.

He adjourned the case untill Dec. 20 for further mention.