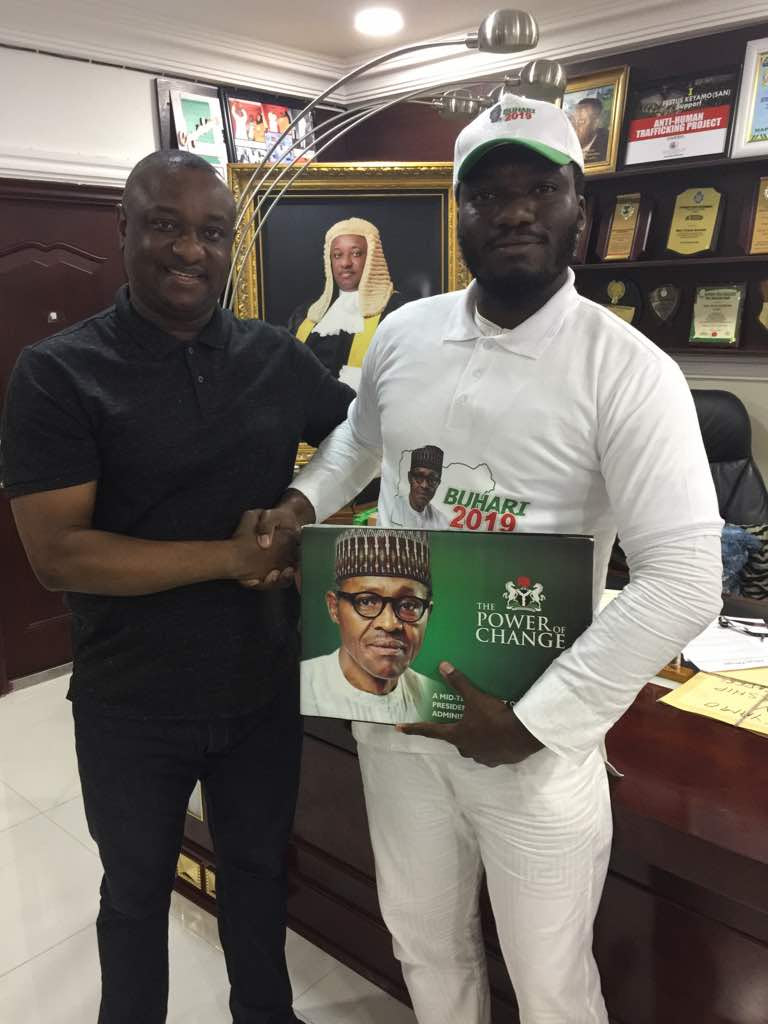 According to Ditan, in his letter, the incumbent President is the best candidate for the position.

In the letter, which was made available on line by the director general of the president’s reelection campaign organization, Festus Keyamo, Ditan said Nigerians must do all they canto ensure PDP never comes back to power.

Take a look at letter below 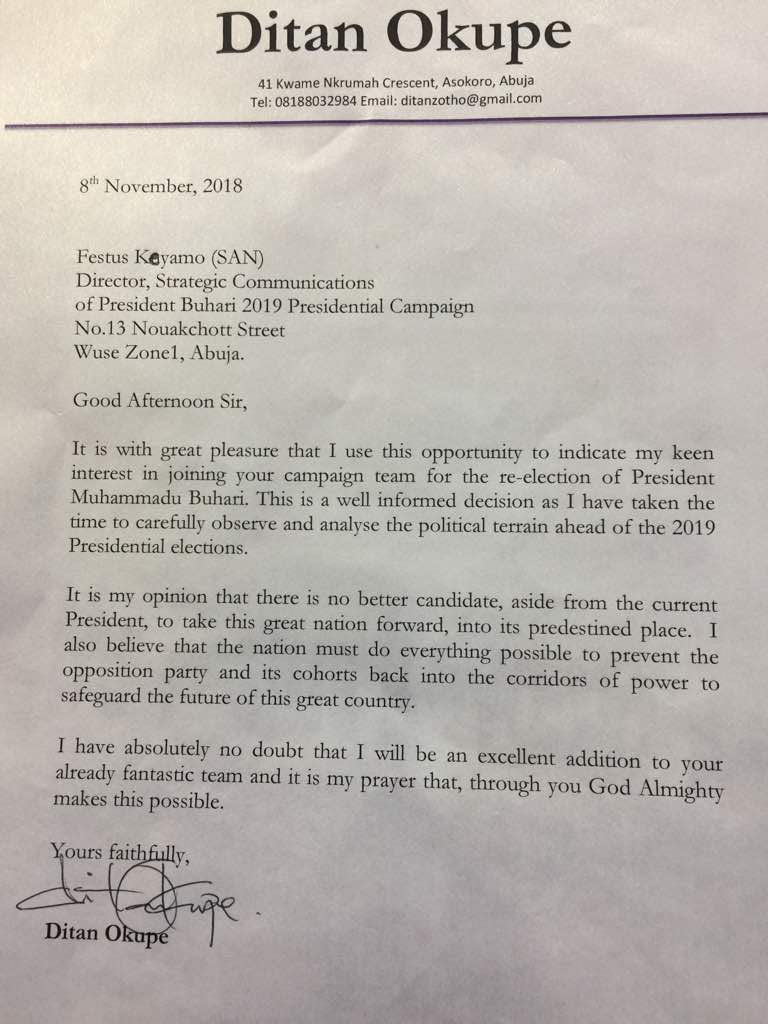