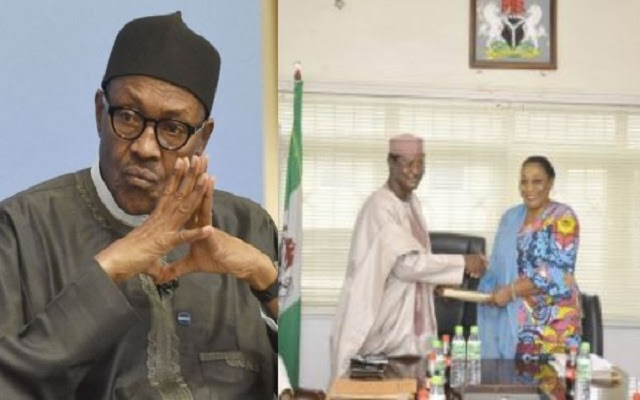 There is a report that President Muhammadu Buhari has secretly approved the appointment of his son-in-law as the head of Nigeria’s Border Communities Development Agency.

Premium Times reports that Junaid Abdullahi, a retired pilot, who was married to Zulaihat, Buhari’s first daughter – who passed away in 2012 during childbirth – quietly assumed duties at the agency on October 18, 2018.

It was gathered that Mr Abdullahi took over from Jummai Idakwo, the former director of the agency.

It remains unclear why the presidency and the office of the secretary to the federation kept a sealed lip over the appointment as such appointments are usually made public by both institutions.

But a government source “who has knowledge of the happenings” told the news outlet that the appointment may have been kept under wraps to save Buhari the trouble of again being accused of nepotism for the umpteenth time.

The president has faced regular allegations of being sectional, with critics saying his appointments have been lopsided since he assumed office in 2015.

His critics often raise concerns about how most key federal appointments, especially top national security positions, have been ceded to northerners.