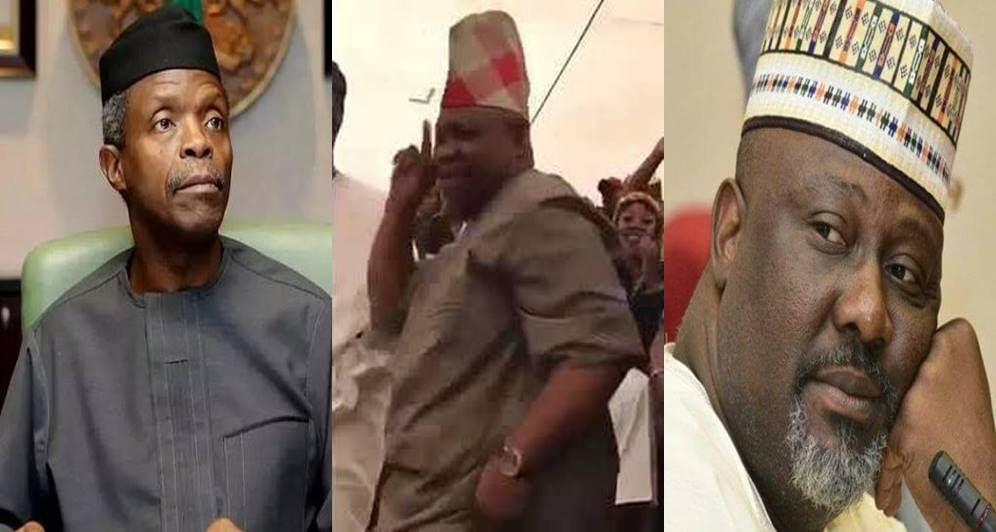 Osinbajo trolled both men during the Independence Gala night held at the Banquet hall of the Presidential Villa, saying, “A few months ago, an important Nigerian politician who was on his way to a trial in a court said he was abducted. And after he escaped from his abductors, he remained hiding on a tree for 11 hours.

The most interesting part of that story is that many people online in particular, on the Internet, started to tell stories of different birds and how long those birds could remain perched on a tree. All these were the Nigerian contributions to that story.

Yet another very important politician insists, and still insists that the most important attribute for leadership is dancing, and boy could he dance! And for those who think that that is ridiculous, at least 200,000 people voted for him in a particular election.”