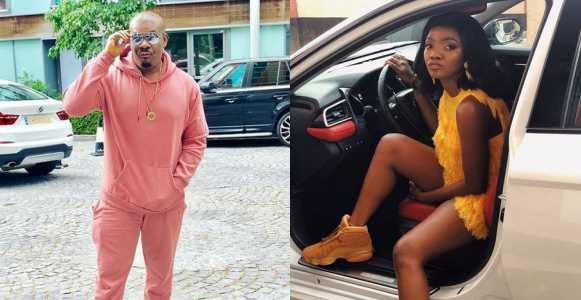 Award winning singer, Simisola Ogunleye who is now recognized in and around Africa was once pestering Mavins boss, Don Jazzy to listen to her mixtape 4 years ago.

For years after, the singer who is yet to be romantically linked with anyone at the moment(excpt rumours of an entanglement with Adekunle Gold) has proven without reasonable doubt that one does not need connect but God and intense hard work

The old tweets were dug out by a Twitter user @Swayhop.

He wrote: “Four years ago, @SympLySimi was pestering @DONJAZZY to listen to her first mixtape. She worked even harder and now she’s one of the best female artistes in Africa. #MondayMotivation” 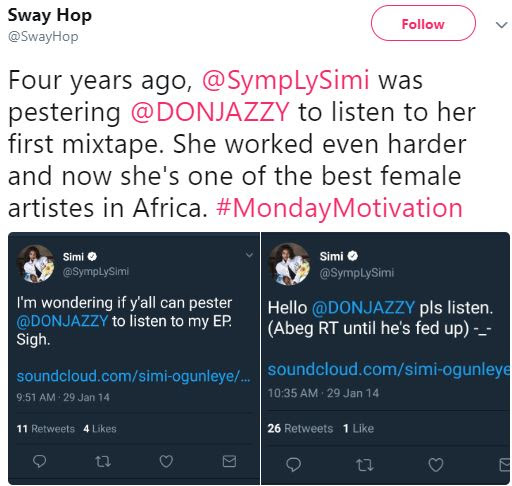 He then shared the screenshots of Simi’s throwback tweets. See below: 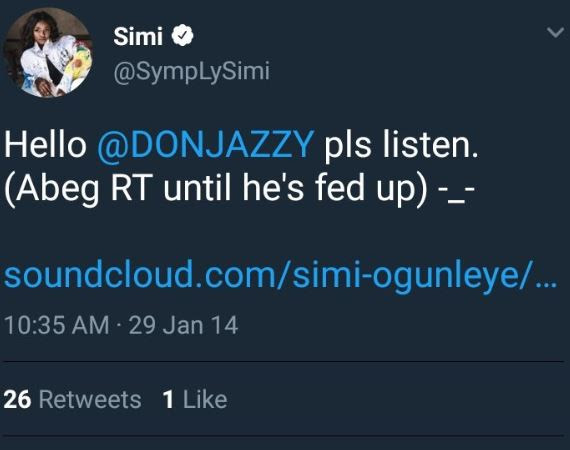 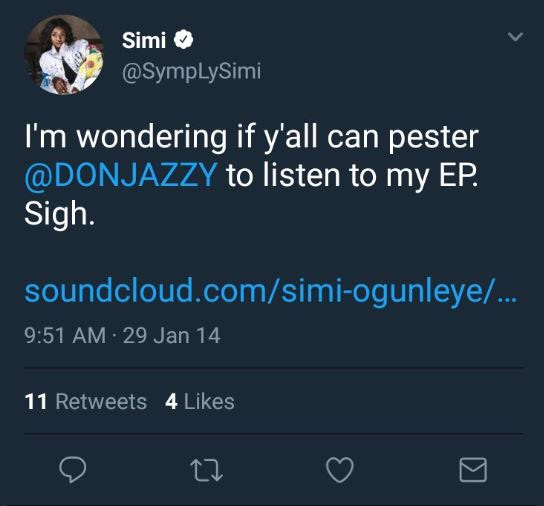 “Man, the hustle is constant and God is good.”