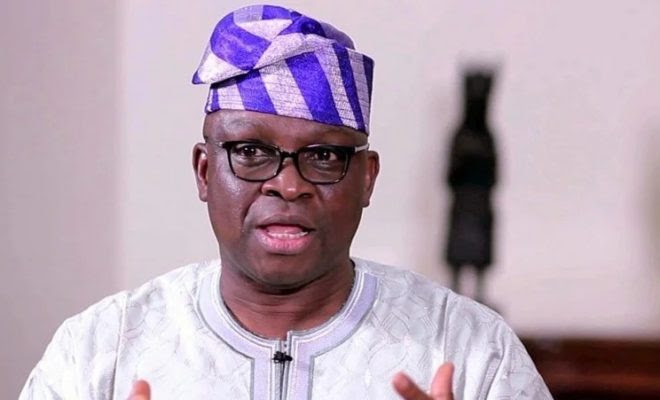 His threat to defect from the party comes a day after the party’s National Convention which saw the emergence of Atiku Abubakar as its presidential flagbearer, took place in Port-Harcourt, Rivers State.

Speaking with Punch correspondent on Monday, Fayose opined that he would soon renounce his “membership of PDP any moment. After consultations, I will speak clearly to Nigerians”, he reportedly said.

His reasons for the threat is not fully known.

Recall that the Economic and Financial Crimes Commission, EFCC, had written to the Nigerian Customs to monitor and arrest the outgoing governor anytime he wants to run away from the country following an investigation of about N1.3 billion fraud case filed against him.