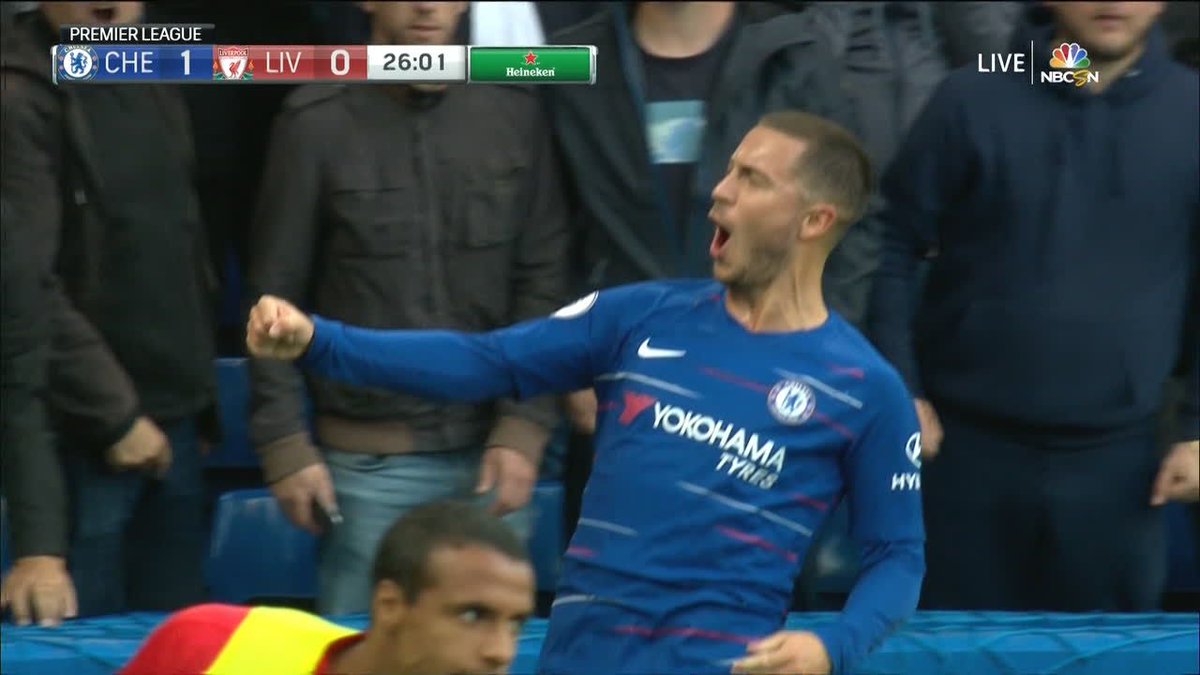 Maurizio Sarri’s unbeaten run to the season continues after Liverpool left it late to snatch a draw in their encounter with the Blues today at Stamford Bridge.

The tactician has often times spoken about his philosophy for a particular brand of football he termed ‘Sarriball.’ The techniques he said involves a possession based approach but with emphasis on quick touch and attacking spaces.

Their goal today, suggests that the players are beginning to grasp his idea properly as they all didn’t take more than one touch before the Liverpool defence line was carved open.

The move started with Kante who recovered the ball and passed to David Luis. then Luis passed to Jorginho and then to Hazard who ran into space to receive the return ball from Kovacic.

David Luiz passes to Hazard who flicks to Kovačić and the Croat works a great give and go with Jorginho before releasing Hazard who beats Allison to open the scoring. What a move. 1-0. #CFC pic.twitter.com/JaLYDT86dM