Suspect believed to have raped many EKSU female students arrested 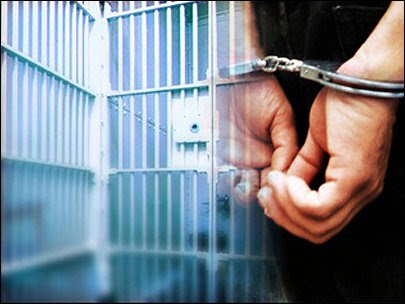 Relief has come the way of female students of Ekiti State University (EKSU) as a suspect who had raped many of them in recent times has been arrested.

The 18-year-old suspected rapist, Chidi Okoye Christian, who goes to the off-campus residence at Iworoko community of the students to rape them at gunpoint in the night.

Okoye has been on the wanted list of EKSU Security Unit for some time now following attacks on female students living off campus.

The suspect who is not a student of the university, was arrested and paraded alongside his accomplice, Odunmbaku Kayode.

Kayode, in charge of opening of doors for the suspected rapist was also paraded.

Speaking during the parade of the suspects, EKSU Chief Security Officer (CSO), Captain Tunde Ajayi (retd), revealed that not less than seven female students had fallen victim to Okoye in the last three months.

Ajayi, who paraded the suspects alongside the Investigating Police Officer in charge of the case at Iworoko Police Divisional Headquarters, disclosed that most of the victims are students residing in nearby Iworoko community.

The EKSU security chief disclosed that the suspect was usually armed with a pistol with which he threatened his victims to submission before forcibly having carnal knowledge of them.

Ajayi said: “With a good knowledge of the neighborhood where Okoye himself resides, it was easy for him to unleash terror in the middle of the night and returned to his room which he shared with an accomplice, Kayode Odunmbaku.”

Okoye, during investigation, confessed to the crime and he was identified by his father who told the Police that the suspect “has been a wayward boy who ran away from home.”

Exhibits recovered from Okoye include several smartphones, ATM cards, a Raleigh bicycle, a cutlass and a pistol.

The duo who are still in custody will be charged to court as soon as police concludes investigation on the matter.