Political focus: What you might not know about Emmanuel Uduaghan 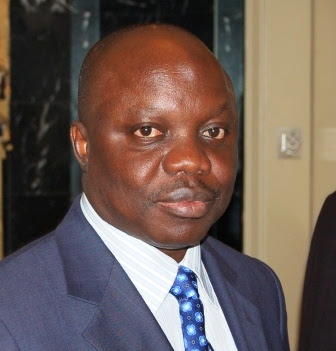 Emmanuel Eweta Uduaghan(EEU) was a two-term governor of Delta state, from May 2007 to 2015, after which he handed over power to Ifeanyi Okowa.

Uduaghan, though a medical doctor by profession, is not a newbie where Nigerian politics is concerned – As he has always made his mark in the country’s political terrain .

First, appointed as a Commissioner of Health in 1999, by his predecessor, James Ibori and later as the Secretary to the State Government in 2003, Uduaghan is one of those, who founded the People’s Democratic Party(PDP).

Uduaghan, later on contested in the gubernatorial election in the state in 2003, under the platform of the PDP, which he won.

He emerged as the third governor of the state and upon completing his term, he sought reelection in 2011, under the same platform and won again.

It didn’t come much as surprise to many, who are familiar with the former governor’s political history, when he announced his intention to run for Senate.

Uduaghan, has always explained how important lobbying is to legislation. In his interpretation of a good senator, he says only those who know how to network and possibly lobby with contacts built over the years, can attract projects to their people, hence his decision to contest for the Delta South Senatorial seat.

However, what was surprising was that he would be running under a new party, the All Progressives Congress(APC).

Critics came at him with sticks and stones, questioning why he would dumped the PDP, under which he had won two governorship elections for the APC.

In a statement entitled “MOVING ON TO THE BIGGER PLAYING FIELD”, Uduaghan replied critics, explaining the reason behind his decision to move to APC.

The two-term governor said, his decision was born out of his desire to attract development and lasting peace to the Niger Delta.

Since the inception of the current All Progressives Congress, APC, administration at the federal level, there has been an encouraging interest and activities by President Muhammadu Buhari to bring a permanent solution to the Niger Delta crisis. This has pointed in a direction that is at once progressive and developmental.