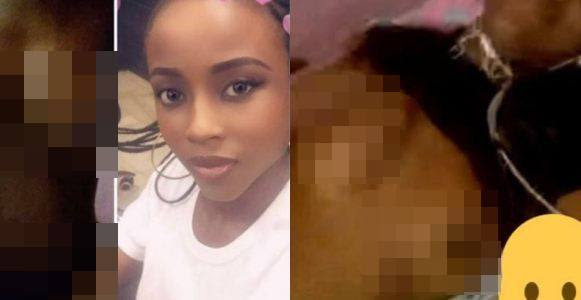 A married nursing mother took to Twitter to blast her husband’s sidechick who according to her always shades her in her tweet.

The wife who goes by @Mummyfire said her husband is paying for his infidelity but her husband’s side chick who took to Twitter page to monitor, always drops sarcastic comments on her tweets.

She then shared nude photos sent by the side chick,Tobby Pearl to her husband.

Aw can u be a bitch and a mumu at d same time? So u now assumed you guys dated when in d real sense u were just and object for sex.”she tweeted

Never knew u were dis stupid. No wonder he blocked u after fucking u like an olosho that you are. OmoAle Lasan Lasan. Naa one sex starved smallie wey laa boo dey Cain while I was nursing jare.

Fine, mistakes are part of every relationship and hubby admitted he made one which he already paid for and block her on social media ASAP. But the stupid has now turned herself into a monitoring spirit 4 me by replying my retweet with Sarcasm., she wrote.