A Nigerian man who climbed a telecom mast to protest the re-election bid of President Buhari has descended after 24 hours. 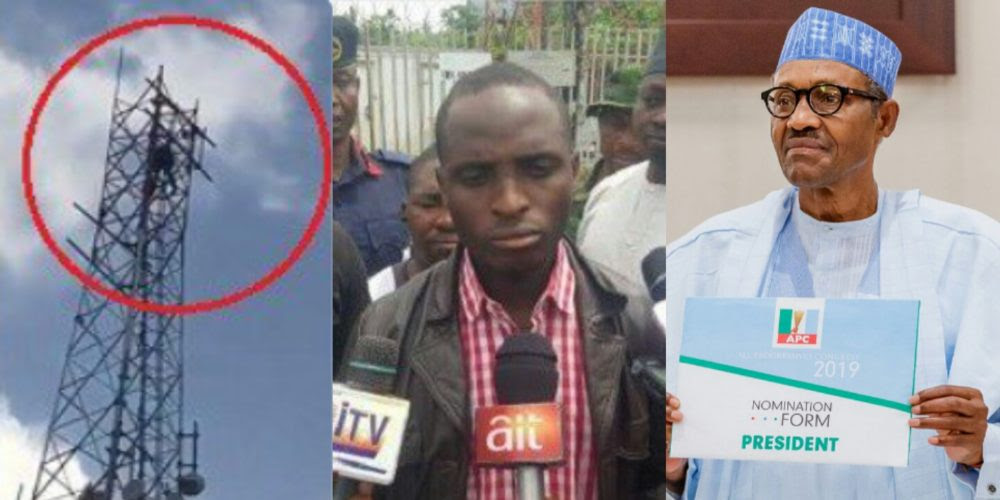 According to Saharareporters, Ilyasu touched ground at 11:25am voluntarily, after security operatives acceded to his request that he must address the press upon his descent.

According to Ilyasu, he climbed the mast to protest the economic hardship in the country, just as he stated that Pres. Buhari does not deserve another four years in office. 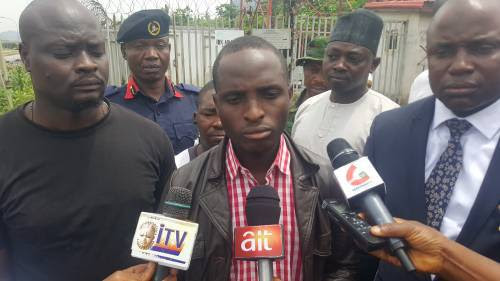 Security agents had made entreaties to him since Wednesday when he mounted the mast, but their efforts proved abortive, as he had vowed not to descend until Pres. Buhari resigns from the office.

However, this morning, they were able to communicate with him via his mobile telephone, and they appealed to him. He later told them that he would come down on the condition that he must speak to the press. 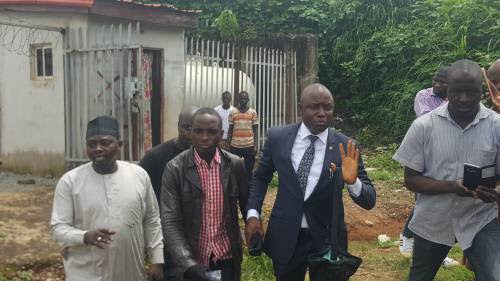 “My name is Nura Ilyasu. I am 28 years old. What I did is within the purview of the law. My human right is to protest peacefully and I never threatened my life or any other person

What we are going through in this country is not from God. Some microscopic-view individuals hijacked all that God endowed Nigeria with for decent life, and we can’t continue like this.

I climbed up for seven days hunger strike to protest the incompetence and cluelessness, to protest presidential impunity and general docility displayed by the masses. We can’t continue like this. 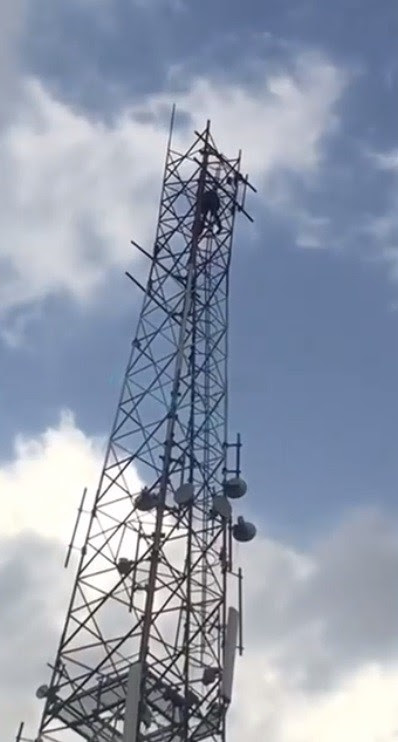 Other competent candidates are there; even Saraki, Atiku, Kwankwaso, Tambuwal, Dankwambo and others. At least one of these men will make a good President.

I don’t believe General Buhari deserves another four-year term in Nigeria because the pervasive hunger and poverty in Nigeria is inexplicable. I don’t have mental disorder as being insinuated by some people.”

He was later taken away by security operatives.