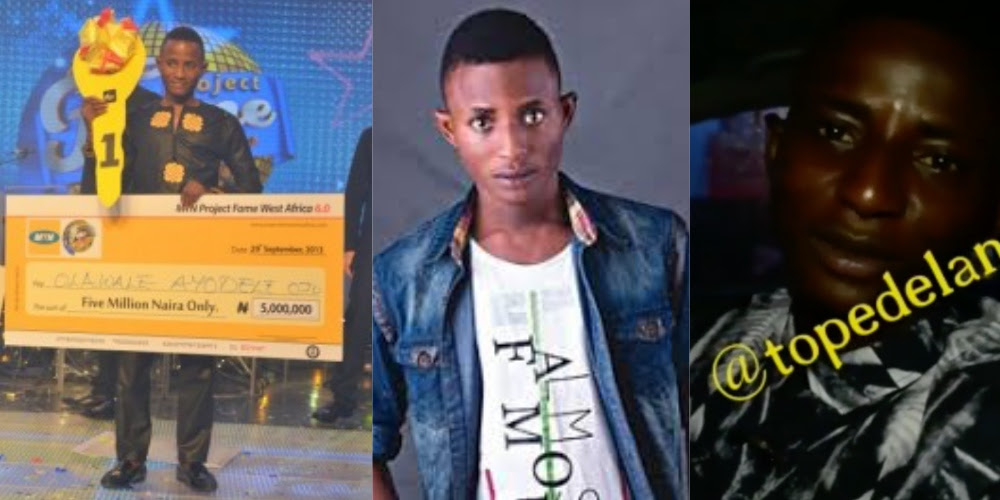 Winner of the 2013 edition of Project Fame, Olawale Ojo in a recent interview with writer Tope Delano, has revealed that he is now a cab driver.

According to Tope, the vocal powerhouse decided on the job to be able to fund his studio session as well as pursue his dreams

Olawale who won a sum of N5M, an SUV and a recording contract in 2013, went ahead to release his debut album titled ‘Almost Famous’ on the 26th of September 2014 teaming up with established producers as well as artistes such as Lil Kesh, Skales and Tiwa Savage.

Despite the big names featured on his album, Olawale apparently hasn’t gotten to the level of some of his predecessors like Chidinma and Iyanya.

Notwithstanding, Olawale holds a lot of promises to release something chart-topping in the years to come.