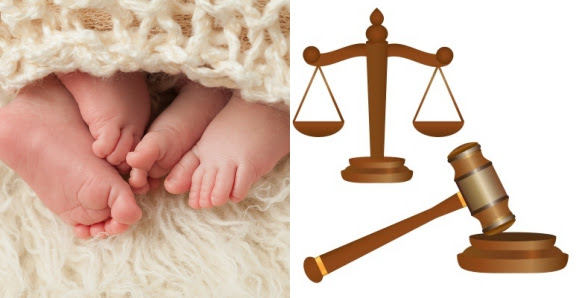 An Iseyin Grade “C” Customary Court on Wednesday had a rowdy session over the rightful owner of 10 months old twins of a 30-year-old trader, Kehinde, Daily Trust reports.

Adegoke Elijah had approached the court seeking the ownership of the twins who were with his estranged wife, two years after she moved out of their matrimonial home.

“She packed out sometimes in 2016 to another man’s house around Enkule area, I can’t ascertain if she was pregnant when she left or not, but the fact that she still sees me secretly means that the twins are mine.

“My Lord, I paid dowry on Kehinde and our marriage was not dissolved at any time, she just moved out in search of greener pasture, so the twins are mine and she knows.”

Responding, Kehinde, who was prevented by security personnel from physically assaulting Adegoke, alleged that he was “irresponsible”, saying, she moved out after several attempt to change him failed.

“I don’t know what he is talking about, we have one child together and I did not go with him when I left. As far as I know, that is the only child between us,” she said.

In his ruling, the President of the Court, Chief Adelodun Raheem, ordered Kehinde to appear in court at the next adjourned date with her new husband.

The President, thereafter, adjourned the matter until Sept. 20.