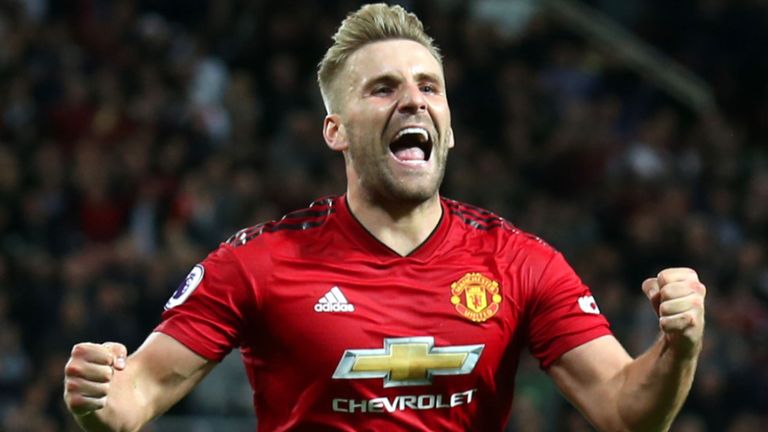 Manchester United left back, Luke Shaw, has been in superb form since the beginning of the new season and has also started four consecutive Premier league matches for the Red devils , something he had never done since 2015.

The Englishman who broke his leg during  a Champions League  match between Manchester United and PSV Eindhoven in 2015 initially struggled for match fitness upon his return from injury and was often criticized by his coach, Jose Mourinho.  *

Shaw, who is Manchester United best player for the month of August was interviewed by journalists about his broken leg while picking up the award  and he said:

“I’d be lying if I said I didn’t sometimes think about stopping playing football, but I had a lot of good friends and family around me and they helped me through it.

“I nearly lost my leg, I was actually really close to losing my leg and I never knew that until six months after when the doctor told me. Of course, if I knew that I would [still] never have stopped, even if he had told me there was a worry, I would have tried [to carry on playing football].

On being told he could have nearly lost his leg, Shaw explained: “At the time, they were thinking about flying me back (from Eindhoven) and if I’d have flown back, I would probably have lost my leg because of the blood clots and stuff in the leg.

“I’ve got – I don’t want to talk about it too much – two scars down the side of my leg where they had to cut it open and pull them out because of how severe it was.

“But I don’t really care about that anymore. I feel really strong – and my right leg is exactly as it was before my leg break.”