Here’s why nobody takes the EFCC seriously – Wike 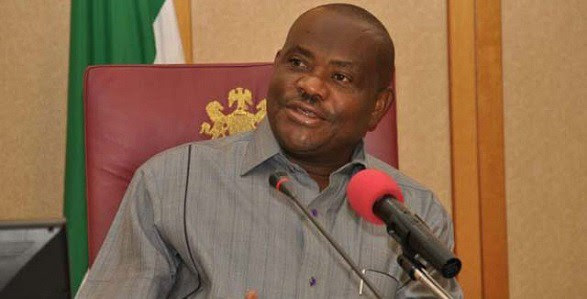 Governor of Rivers State, Nyesom Wike has said the All Progressives Congress(APC) has no business presenting a gubernatorial candidate for the state. According to Wike, the APC has nothing to campaign upon other than to ‘rig’ the process.

In a statement by the governor on Wednesday, he said the APC has no belief in credible elections. He alleged that the ruling party plans to use security agencies to their advantage.

1) Aside the plot to rig, the APC has no platform to campaign upon in Rivers State.
For the APC to even think of bringing up anybody against me in this state to challenge whether, I have done something or not, then you know that something is fundamentally wrong.

3) The APC does not believe in credible polls, rigging and fraud is in the DNA of the party.

All their meetings, all their gatherings at the Federal Level, whether by hook or crook, they must have Rivers State.

He also accused the Minister of Transportation, Rotimi Ameachi of not attracting any development to the state, using his position.

5) I wondered why the current Minister of Transportation has failed the people of Rivers State by refusing to attract a single project to the state.

When I was a minister and he was in APC, I brought development to the state.

He also went on to list some of his achievements under his 3-year rule as governor,  noting that more were underway.

8) As Governor of Rivers State, I have transformed the state. My third year anniversary celebration underscored the fundamentals of good governance with leaders across Political, traditional and social divides commissioning key projects.

9) In October, my administration will commence another leg of project commissioning. President Muhammadu Buhari would be invited to commission projects, even though he is unlikely to honour the invitation for political reasons.

Wike stated also that the President, Muhammadu Buhari doesn’t respect the rule of law and that his government is full of impunity, making reference to Buhari’s statement on rule of law and national interest.

The governor also mentioned that the Economic and Financial Crimes Commission(EFCC) can’t be respected because the agency doesn’t ‘obey the rule of law’.

15) The Federal Government is now saying that the money that comes to states will be monitored.
The EFCC can only be taken seriously if it operates within the rule of law by successfully appealing the 2007 judgment between the commission and the State Government.

18) Nobody will appear before the EFCC until they follow the rule of law. This country must not allow personal interest of individuals. That is a coup against the interest of Nigeria. No wonder the EFCC will go to Benue State and seal the account of the State Government.