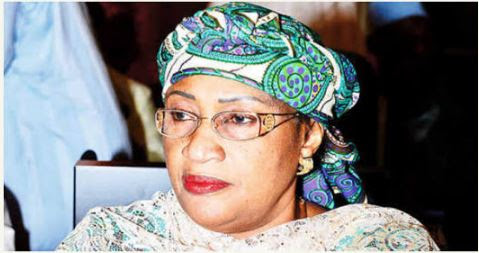 The former Minister of Women Affairs said her resignation became important after she wasn’t cleared by the party to contest Taraba state governorship election.

According to her, if she’s unfit to be cleared by the party, then she sees no reason why she should remain minister. Mrs Al Hassan, therefore submitted her resignation letter to the President and also her letter of withdrawal from the ruling party to the National Working Committee.

Aisha Alhassan aka Mama Taraba should sharpen her political acumen & know when 2 strike, her resignation should av come immediately Atiku dumped APC, her best bet now is 2 work 4 d incumbent governor under PDP & av an agreement 2 contest in 2023 rather than join a mushroom party

I feel very sad that APC let mama taraba go. I am a fan of that woman and to be honest ishiaku is a disgrace of a governor. Taraba has lowest IGR in Nigeria and they need change. She is honest, and loyal and doesn't play politics of bitterness. APC messed up, too bad

Oshiomhole is just lucky to be born in a generation that allowed touts and Agberos into power in this country. His Statements on Mama Taraba or anyone leaving APC is nothing short of a disgrace.

Loyalty to the party must be in every material concern. How this basic tenet escaped Mama Taraba is the 8th wonder of the world.