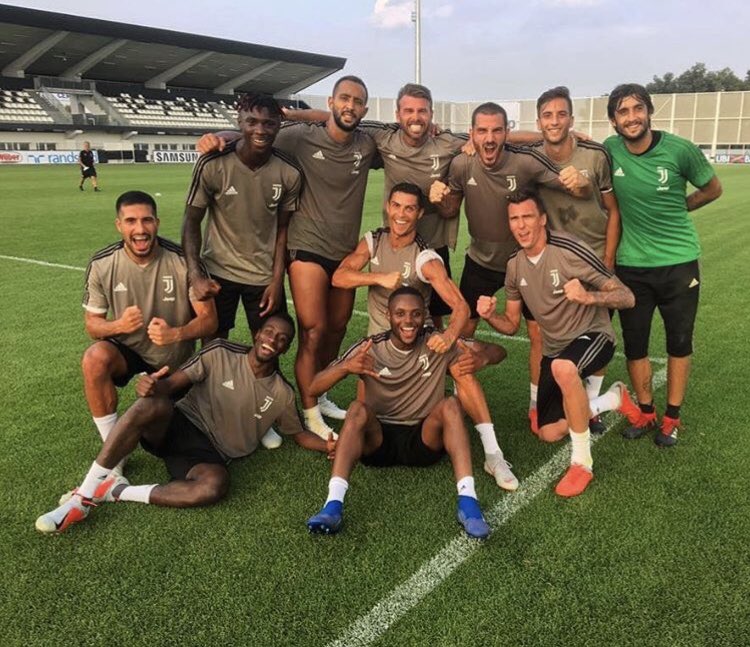 Juventus striker, Cristiano Ronaldo, decided to stay back in Turin, Italy during the international break in order to be up to speed with the rest of his team mates.

The five times Ballon D’Or winner who joined the Old lady during the transfer window after helping Real Madrid to a record 3 times in a row Champions League win is still looking for his first competitive goal for the Italian Champion, Juventus.

Juventus would resume the defence of their Serie A title on Sunday by welcoming Sassuolo to their stadium and the Portuguese, who is looking forward to ending his goal drought, took to his twitter account to share a picture of himself and team mates. He captioned it ‘Feeling good!!! Lets go.’

Do you think he can end his goal drought on Sunday???