Davido, Daddy Freeze reacts to news about the pastor who bullets didn’t penetrate him after he was shot 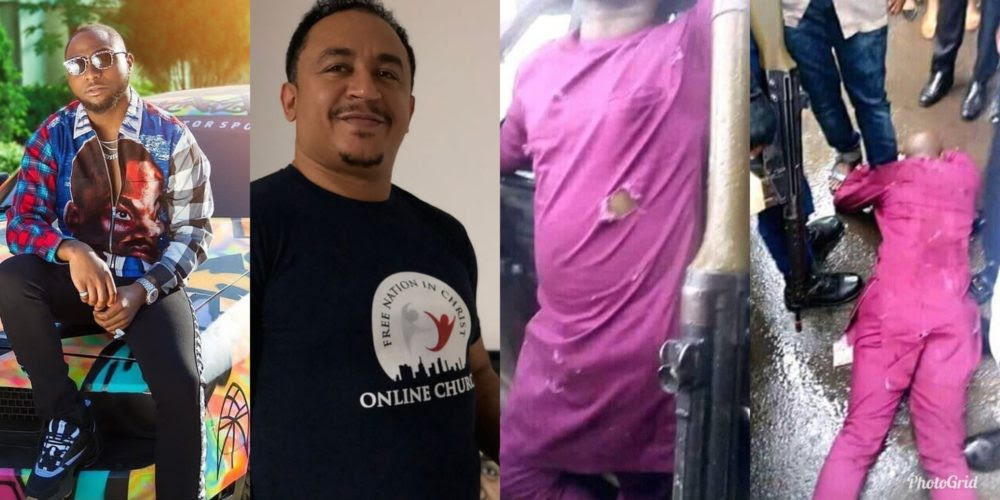 Nigerian singer David Adedeji Adeleke better known by his stage name Davido, Jude Okoye, Daddy Freeze and others have reacted to the news about a pastor who allegedly survived a gun attack, with reports claiming that the bullets didn’t penetrate him after he was shot.

See their reactions in the screenshot below: 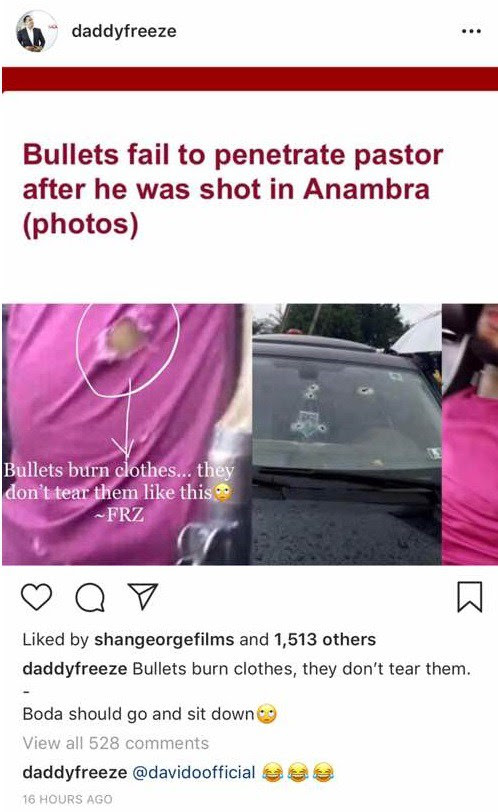 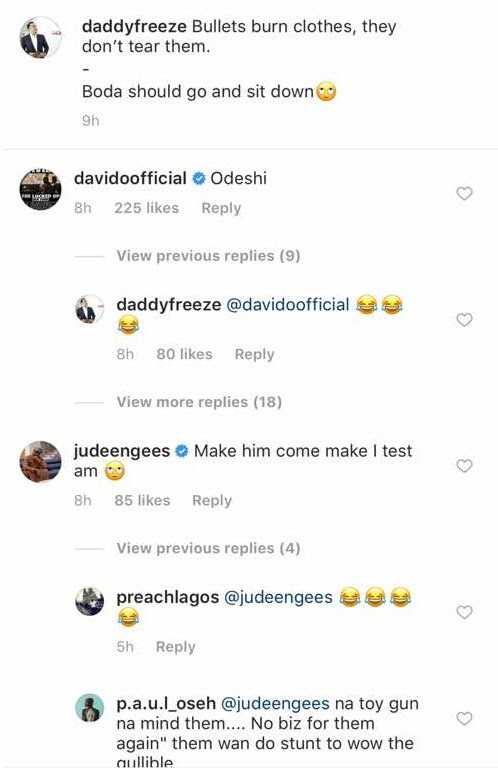 Folks on Social Media are of the opinion that this was staged.

@afam_daniel: wrote “Even Jesus Christ, them stab am, e enter”

@Joebolus wrote: “I no need to use gun, na catapult, is all that I need”

gentlemans_apparrel: What’s the title of this movie, and when is part 2 coming out, bullet ko, fireworks ni.

Actress, Cossy ojiakor wrote: “Say no more…I saw where the bullet penetrate igwe tupac cloth. It was burnt not torn.”

@mektap_01 wrote: “This wonder bullet even teared the back of his trouser while he was still sitting down, is our God not a wonderful God”

@sirnoble042: I waited for a perfect reply and I knew @daddyfreeze won’t disappoint me. The blind and brain washed congregation are only telling the story the pastor told them. If am there, I will shoot that pastor on the leg, let his odieshi work make I see. Nonsense.

@gbeyo_co: not believing in the power in salvation?So we just believe in the natural. Because jesus you proclaim to know is natural.huh? Dont Blame you people. Even this present world, if jesus appears some wouldnt still believe like some didnt when he was here during his ministry

If you missed the report, read it below:

According to multiple reports, a pastor was allegedly attacked and shot at by assassins today, but he miraculously escaped, as none of the bullets penetrated his body.

The reports which was shared by his church members on social media, the pastor, identified as Pastor David Elijah, the founder of Grace and Power Prophetic Ministry International, was attacked in Awka, Anambra state, as he was going to his Church.

Bullets holes can be seen all over Pastor Elijah’s car. Some of his car screens were completely shattered by the bullet. But the pastor had no scratch. Though the bullets tore his clothes, none penetrated his skin.

See photos shared online by his members and well wishers. 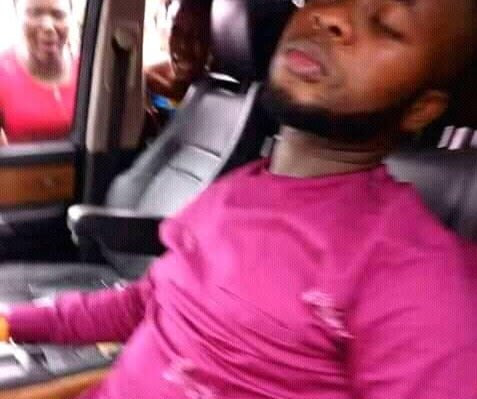 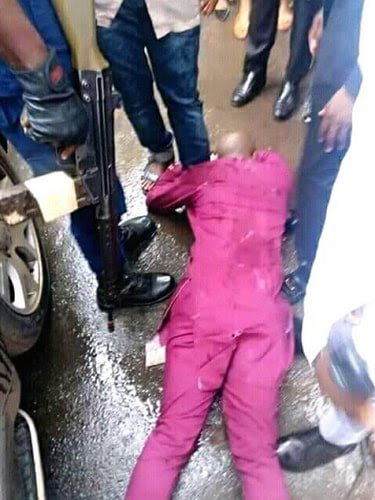 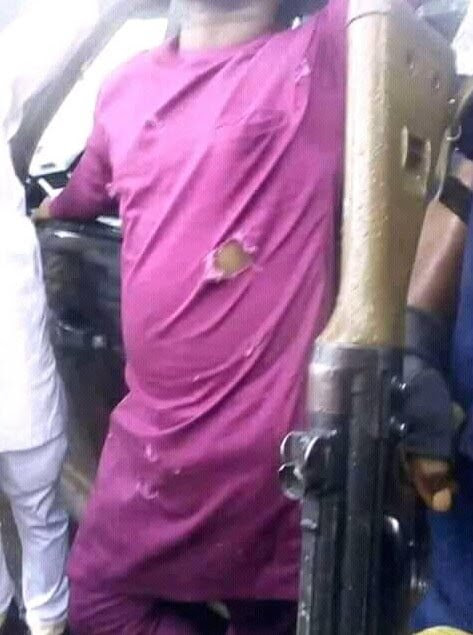 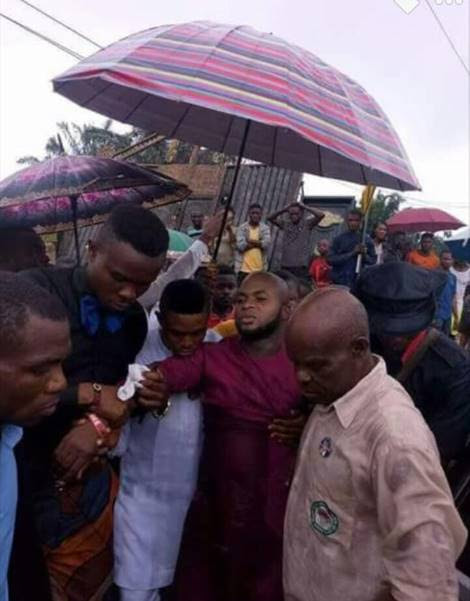