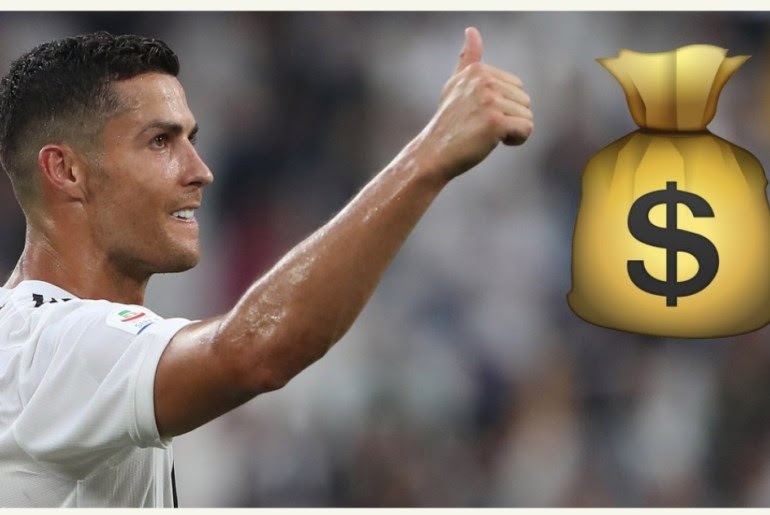 Cristiano Ronaldo is the highest-paid player in Serie A and earns three times more than any other player in the entire Italian league, according to a report published by Tuttosport.

The Portuguese star has been in the headlines in Italy since his €100m (£88m/$117m) move to the Bianconeri in the summer.

Despite his failure to score after 3 games – which has attracted lots of criticism – it comes as no surprise that Ronaldo is top of the rankings when it comes to earnings, but the wage gap between the Juventus star and the rest of the league is mind-boggling to say the least.

Italian newspaper, Tuttosport, have revealed the wages of all Serie A players, with the 33-year-old taking home far more than any of his team-mates or rivals.

Ronaldo is earning an astonishing €31 million (£28m/$36m) per season in Turin and is on a four-year deal with the reigning Serie A champions.

This makes the five-time Ballon d’Or and Champions League winner the biggest earner in the league, and he earns more than three times as much as anyone else.

In a distant second place is Gonzalo Higuain, who joined AC Milan from Juve after Ronaldo arrived in Turin, raking in €9.5 million (£9m/$11m) per season.

After Higuain, it is fellow Argentine attacker and Juventus star Paulo Dybala on €7m (£6m/$8m), with Italy’s Miralem Pjanic not far behind on €6.5m.

Unsurprisingly, Juventus’ wage budget is far greater than any other teams in the division.

Empoli are the lowest spending team in the league with modest expenses of just €16m a season.

How some northerners prevented Azikiwe, Ekwueme from being president – PDP presidential aspirant Bafarawa