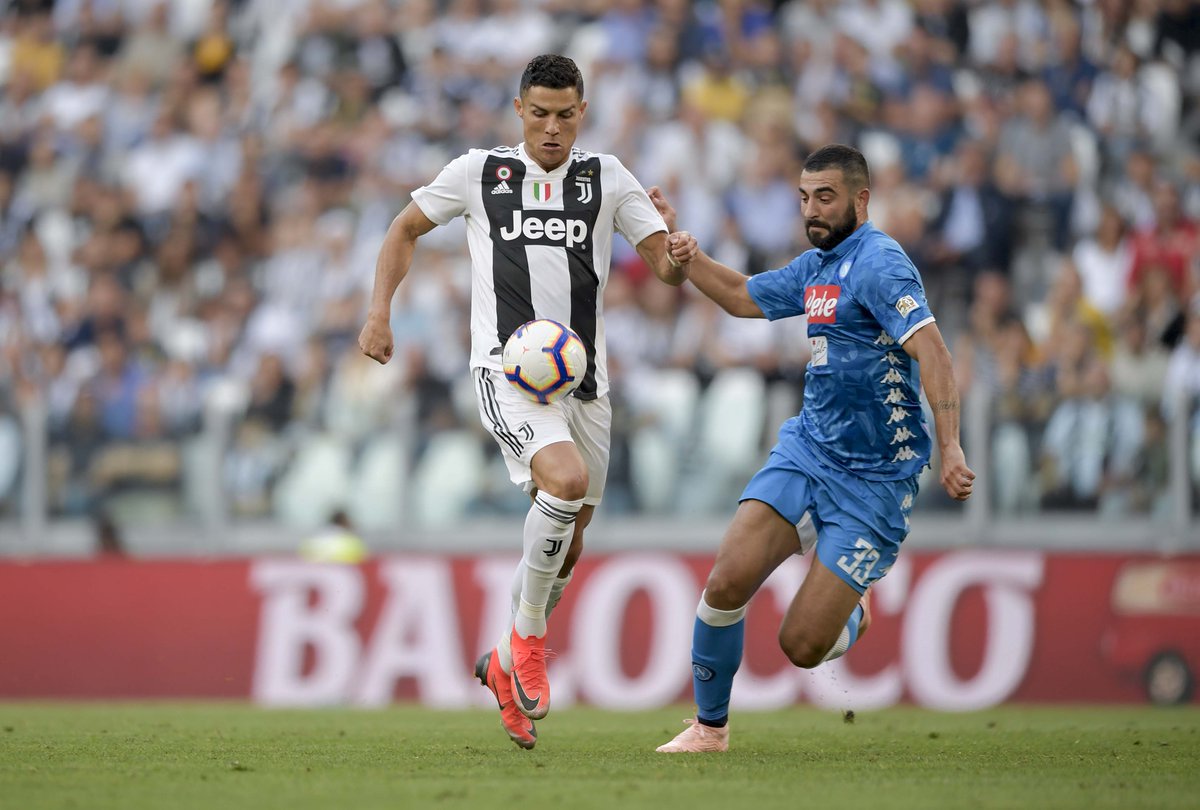 Portuguese International. Cristiano Ronaldo, was the man of the match after he set up three goals for Juventus to beat second placed, Napoli.

In so doing, they have now become the first team in  Serie A  to win 7 consecutive opening matches in a new season. Amazing isn’t it?

Napoli, who signed Ronaldo’s former coach at Real Madrid, Carlo Ancelotti, took an early lead in the 9th minutes before Ronaldo provided the assist for the equalizer just before the half time break.

He went on to complete the turn around in the second half by providing two more assists for Marzukic and Chiellini. The match then ended 3-1.