Some medical experts in the South-East geo-political zone of the country have given insight on how cell phone addiction can lead to hearing loss. 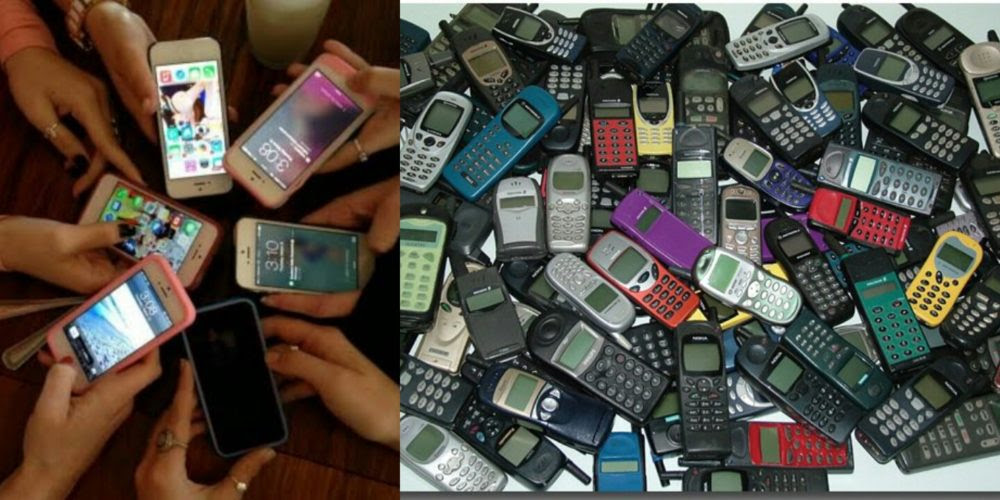 Mr Obi said other effects included headaches, insomnia and tiredness often as a result of lack of sleep.

The medical practitioner also added that other not so common side effects included brain tumours, hypertension and stroke.

He said this could be linked to the radiation emitted by cell phones which cause health problems with prolonged usage. 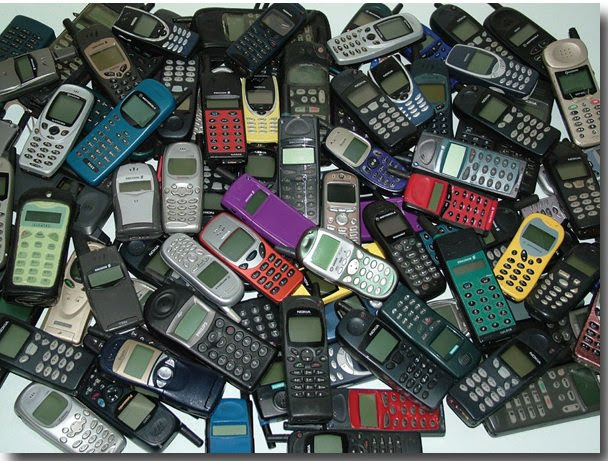 He, however, suggested using earpieces for answering calls and to avoid making calls when the phone was overheated to lessen the effects on the ear.

A secondary school teacher, Linda Eze, said most schools have resorted to seizing cell phones from students who insist on bringing such gadgets to school.

Mrs Eze said in some cases, parents and guardians were made to pay fines and retrieve the phones at the end of the school session as a deterrent.

Chioma Nze and Adaure Inyama, both students, said that they use their phones to make purchases over the internet.

A father of four, Emeka Uzoma, decried the level of cell phone addiction among young people and suggested more stringent measures against the practice.

According to him, this has led to decreased academic performance and anti-social behaviours because of the amount of time dedicated to social media.

An officer of the Federal Road Safety Corps, Bright Enyi, said that a great percentage of road accidents have been caused by cell phone usage. 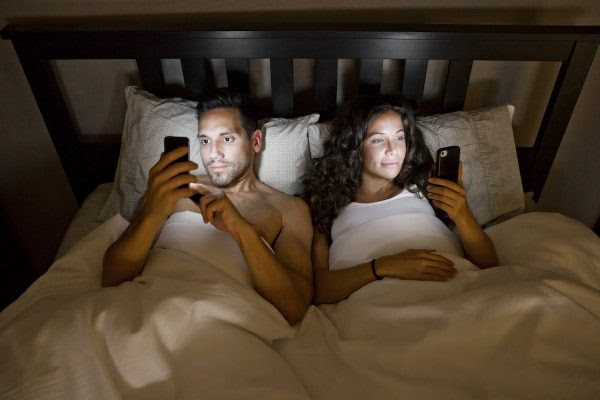 Mr Enyi said majority of the accidents involved women drivers who were either texting or making calls while driving.

He called for stiffer punishments such as imprisonment without option of fine for drivers who use their cell phones while driving.

In Umuahia, the Abia State capital, some residents said cell phone addiction had ruined many families and marriages.

An itinerant preacher, Steve Wokoh, said that addiction to phones had negative effect on family bonding.

Mr Wokoh said that when one of the couple in a home was addicted to phone, it would affect the relationship between them on the one hand and their children on the other hand.

“There are times the man will need attention but because the woman is fiddling with her cell phones, it becomes difficult for the man.

“It could apply to the woman being unable to get the meal ready for the home or any other duties.

“The same goes for an addicted husband. Such a man will unwittingly continue to deny the wife or children the needed attention,” Mr Wokoh said.

“When you are addicted to phone and there is something that requires urgent attention, you will continue to delay until it becomes late,” Mr Tochukwu said.

Celestine Orji, a farmer, said that the dangers associated with phone were similar to the dangers of getting trapped to an electronic device or lifestyle.

“Addiction either to electronic devices, habit or drugs, causes severe devastation to people’s lives. It is simply destructive and people should discipline themselves in order to avoid addiction with its dangers,” Mr Orji said.

A Catholic priest, Christian Anokwuru, said that phone addiction could even be found among clergymen.

Mr Anokwuru, a reverend father, said during Mass, some worshippers that were addicted to phone spend more time with their phones than listen to gospel and liturgy.

He also said that clergymen that were addicted to phones usually exhibited their addiction at ceremonies and events where they were not officiating.

He said because of the dangers associated with addiction, especially among Catholic priests, Pope Francis recently warned priests to desist from such a habit.

Mr Anokwuru described phone addiction as “a disease that has become endemic in our society.”

A cell phone dealer in Umuahia, Frank Ihejirika, noted that more residents were getting addicted to phones.

He said the female-folks were more addicted to phones than the male-folks.

He said addiction to phone had reflected “positively” in an increase in the demand for big, exotic and expensive phones.

He also said apart from making and receiving calls, people also use phones for Facebook, WhatsApp, Instagram and video games.

Mr Ihejirika added that the abuse of phones, including making calls while walking on the road or driving, could lead to accidents.

He further said the quest to get bigger phones often made young girls easy prey to randy men, who abuse them sexually.

Another respondent, Loveday Michael, a telecommunication engineer, said that there was an increase in the rate of phone addiction in the state.

Mr Michael said both youth and adult were victims, adding that addiction applied to both sexes.

He regretted that aside from social media platforms and games, some people, especially youths, use cell phones to view pornographic pictures and Internet scam.

“This has also caused another major addiction to photography among the youths,” Michael said.

He further said phone had a dangerous emission, which could damage the ear or cause cancer due to over exposure to the device.

Mr Michael urged the government to initiate measures that could help to curtail the abuse of cell phones in the country.

In Enugu State, Ethel Chime, an Otolaryngologist with the Enugu State University Teaching Hospital, urged phone users to always spend lesser time in making use of their phone.

Mr Chime said spending less time making calls or browsing with phone would go a long way to prevent some of the health hazards associated with the use of cell phones.

The doctor listed some common health hazards of phone addiction to include headaches, ear aches, vision problems, neck pains, inactivity, intellectual laziness and acoustic neuroma, which is a tumour that grows on the balance and hearing nerve in the head that might cause hearing loss.

Mrs Chime said aside the fact that putting the cell phone close to the ear for a long time during calls, some hands free devices such as earpiece and headphones were even more dangerous. 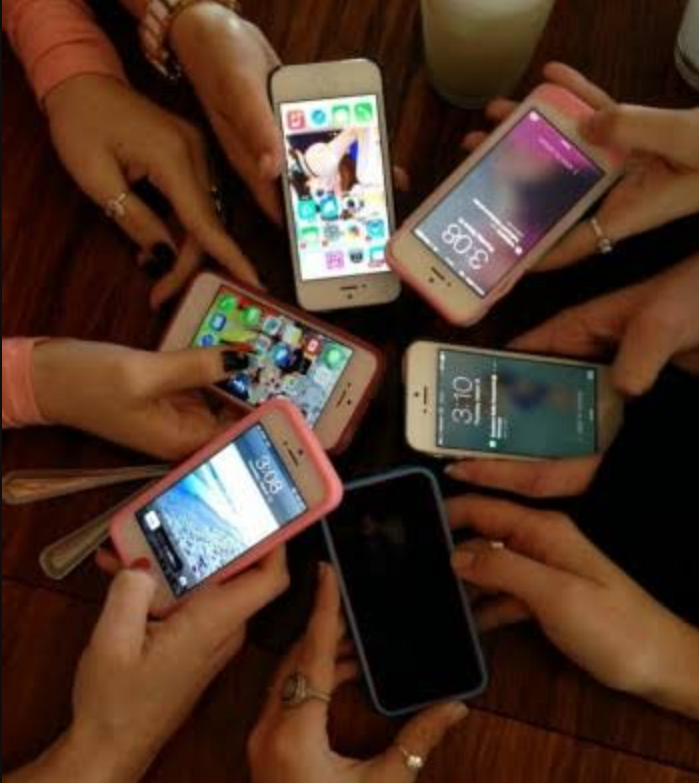 She noted that some of these hands free were inserted into the ear canal while some have high decibels that were not standard for the ear, thereby causing acoustic neuroma which later results into deafness and various ear infections.

She added that electromagnetic waves released by cell phones were other reasons why one should not stay long pressing the phone, warning that most phone radiations during calls or Internet usage were usually high and were harmful to human health.

Mrs Chime advised that time spent on phones should be limited and if one should use hands-free, it should be one that covers just the outer ears and one which the maximum loudness was within normal standard.

He said females walk in and buy more data than males because they want to get the latest gist and fashion trends as it was breaking.

Mr Obi added that as far as social media was concerned they would always want to chat because they were easily bored.

According to him, phone addiction is more among youth and very minimal among adults as far as Nigeria is concerned.

Victor Unegbu, a phone user, said he only sticks to his phone whenever he was done with the day’s work by chatting on WhatsApp and Telegraph as well reading newspapers.