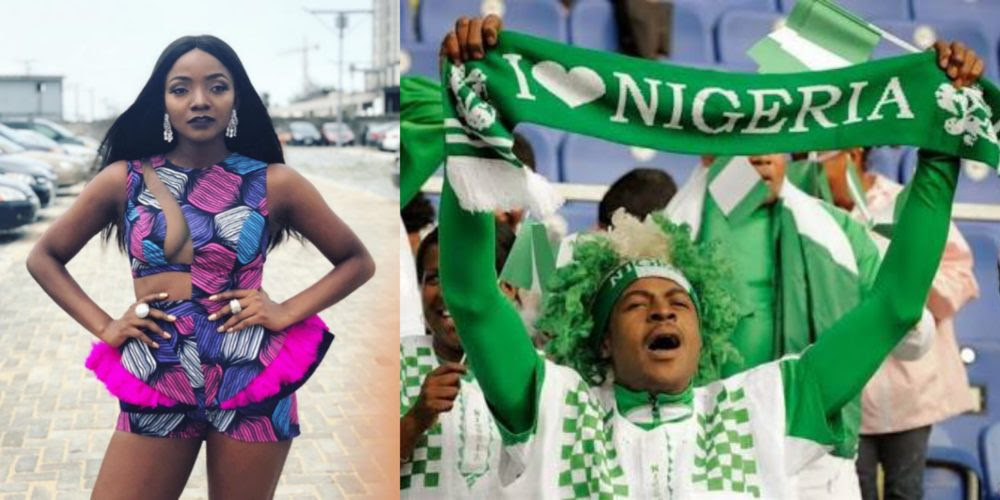 Nigerian singer simi who is regarded to have one of the best female voices in the Nigerian music industry is among the list of celebrities who are happy with the current state of the country. 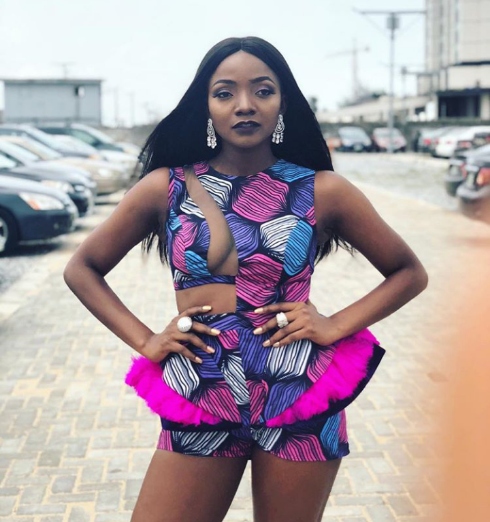 The “Joromi” crooner who is a big fan of pictures and loves to strike sultry poses for the camera says, most times, when she just encounters as little as a pothole, she becomes exhausted and frustrated.

Sharing a tweet on her page, Simi says she’s exasperated most people want the power but do not want the responsibility that comes with it.

I try very often not to say or think it too much, but being a Nigerian is so hard. It’s literally difficult. Lately, sometimes all I need to see is one pothole and I’m just exhausted. And my frustration is mostly that everyone wants the power, no one wants the responsibility 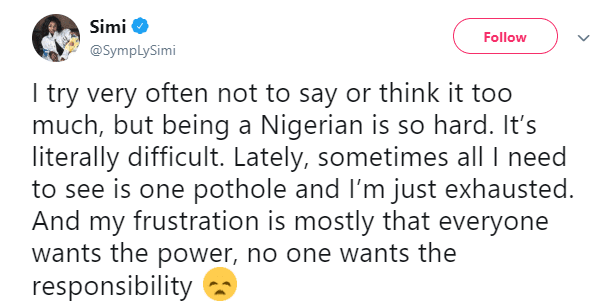