After returning from police questioning, FFK says he isn’t deterred 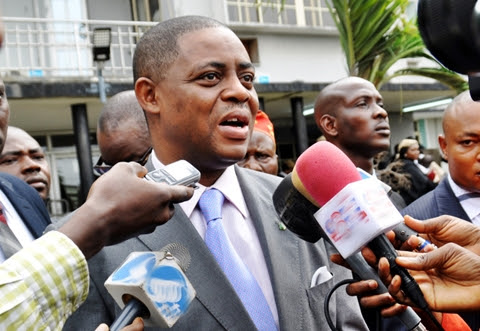 Femi Fani-Kayode on Tuesday, honoured police invitation to appear at the Force headquarters in Abuja. Fani-Kayode, who was invited by the Inspector-General of police, Mr Ibrahim Idris over publications inciting the public to violence upon return, said he won’t stop.

Fani-Kayode, a former Minister of Aviation took to twitter to inform his followers that he has returned from the office of the IGP after ‘a cordial interview’.

-He explained that the police were courteous and professional and revealed that he was invited because of an article he wrote in March, 2018 titled: ‘Five useful idiots and the spirit of the accursed slave. ‘

The former minister said he has no regrets and no plan to stop writing as he promised to hit harder.

Left the IGP's office after a cordial interview.Police were courteous and professional.I was invited because of my essay titled "Five Useful Idiots and The Spirit Of The Accursed Slave" which was about Fulani hegemony and terrorism. No regrets.I will hit harder and write more.

The article was about the activities of some Fulani herdsmen and how some governors(Samuel Ortom of Benue state, Plateau state’s Solomon Lalong, Yahaya Bello of Kogi state) have handled the crisis.