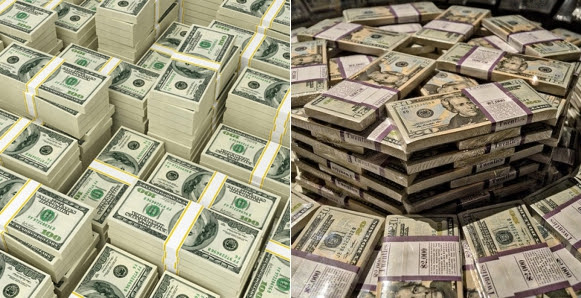 The Liberian government says it is investigating the unexplained disappearance of two huge shipments of Liberian dollar banknotes printed abroad and brought into the country between November 2017 and August 2018.

The total amount of two shipments of banknotes that have vanished is approximately $60 million. According to media reports, the containers of the money actually left the port of the capital, Monrovia, under escort in March.

The convoy went to the central bank but disappeared. The justice ministry is asking the population to remain calm while a group of investigators composed of senior security officials investigate the disappearance.

Chops: Losing $60 million dollars of newly printed notes in Liberia is a sign that Africa needs reforms today. It's as if we don't want ourselves to succeed! pic.twitter.com/23fqqjwhMu

Wow!!! Mystery in my country Liberia. 40 foot container went missing with the sum of 90 billion Liberian dollars ($60 million) from the Free Port of Monrovia. Government keeps tight lips until media revealed to the public. What do going on?

So Liberia has "lost" a container full of new bank notes worth $60 million dollars. Africa my Africa 😂😂😂

So I’m hearing 9billion Liberian dollars (60 million US) 40ft container worth of money got missing in Liberia and no one can give account of it. Current government accusing the opposition Unity Party of being the one behind the missing money. All I can say is God help us.

How is it possible that 60 million US dollars went “missing “ from the Freeport of Liberia. How????