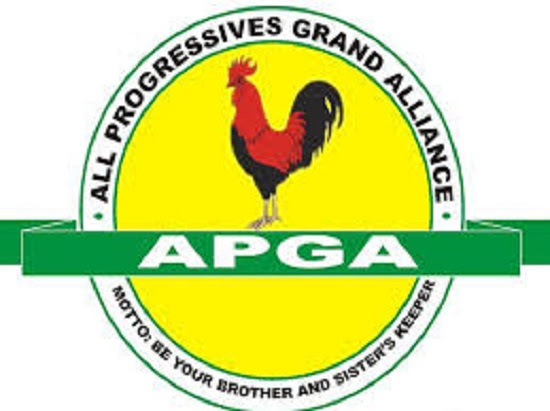 The All Progressive Grand Alliance (APGA) has unveiled Major General John W.T Gbor (rtd) as its presidential aspirant for the 2019 presidential polls.

This ends years of boycott of the presidential poll by the party, which did not field any candidate for the 2015 elections.

The National Chairman of APGA, Dr. Victor Oye, broke the news in an address to newsmen in Abuja, stating that an industrialist and oil magnate, Chief Jerry Chukwueke, as the running mate of the presidential aspirant for the 2019 elections.

“We have good news for all Nigerians. APGA has now got a presidential and vice presidential aspirants; it is no longer speculation. It is now a reality. Our presidential candidate will be formally unveiled as soon as our national convention is held. But they will be talking to the media from time to time.

“Our presidential aspirant is a retired Major General of the Nigerian Army with a PhD from one of the Ivy colleges in the United States of America. Our Vice Presidential candidate is a technocrat, international businessman with many degrees in economic and business management,” Oye said.

Maj. Gen. Gbor who hails from Katsina-Ala Local Government of Benue State had his last assignment in the military as commandant in the Nigerian Army Education Corps.