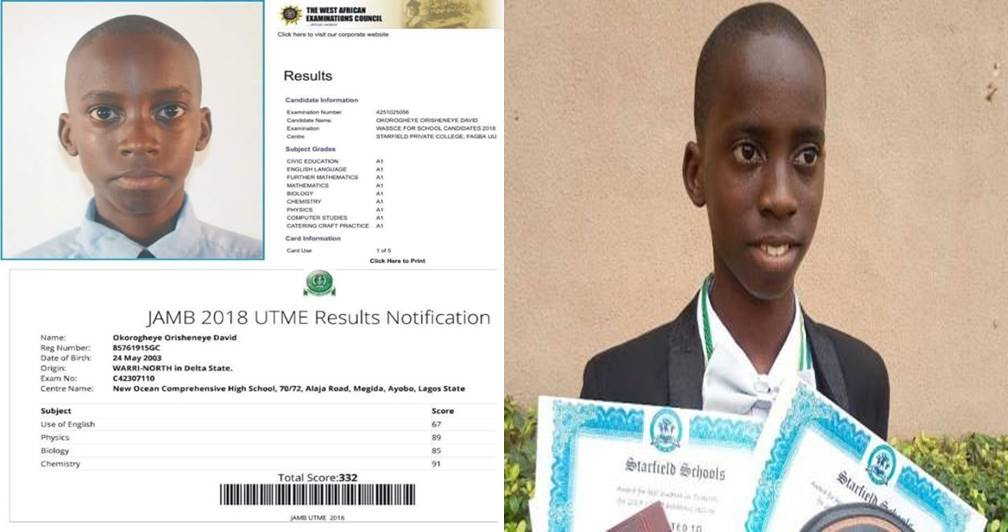 David okorogheye, the delta state boy who floored his jamb and waec with 332 and 9A1’s respectively has been denied admission into the university of lagos to study medicine, on the ground of his young age.

The 15-year-old who stunned the general public by his outstanding performance, was not allowed to take part in the post UTME exams, he has been asked to try again next year when he comes of age.

Efforts to contact relevant authorities as to whether he could be considered for special admission has proved abortive as authorities say the law must be followed.

The lad however has come to terms with the surrounding suituations and says he will wait for the next year’s admission.

According to sun news, David who hopes to become a neurosurgeon, had his passion activiated when he watched doctors battle to save the life of his late father when he was 8 years old, and since then vowed to study medicine so he can save lives.

With his father late, David is currently been sponsored by his mother and family members who are proud of him.