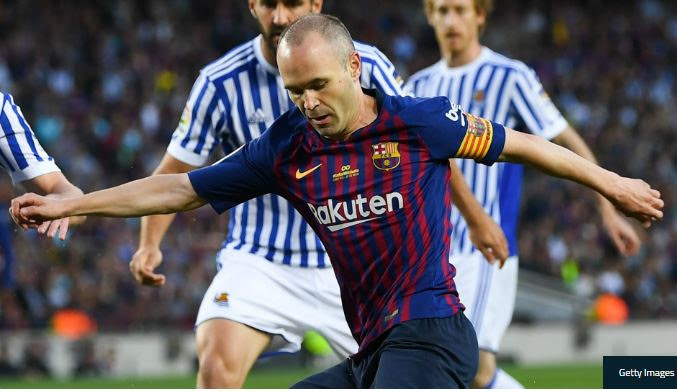 Spanish great Andres Iniesta opened his account for Japanese side Vissel Kobe with a sublime goal on Saturday, helping them to a 2-1 win over J-League rivals Jubilo Iwata.

The former Barcelona skipper, who completed a surprise move to Japan over the summer after a glittering career with the Catalans, produced a moment of pure genius to put Vissel in front after 15 minutes.

Former Arsenal striker Lukas Podolski provided the assist, feeding the ball into Iniesta, who swivelled and left a Jubilo defender lost before rounding the keeper with a deft touch and coolly finishing from a tight angle.

The 34-year-old started the move from deep, and finished it off in style to evoke memories of his glory days at Barca.

A further second-half goal from Kyogo Furuhashi secured Kobe’s home victory, lifting them to fourth in the J-League standings.

Watch the breath-taking bit of skill below.