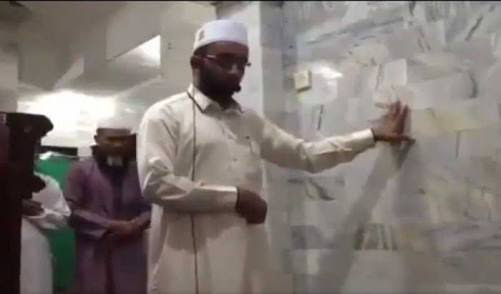 An imam (prayer leader) continued offering prayers as a deadly earthquake hit Indonesian island of Lombok, as seen in a shocking video footage, that has been doing its rounds on social media.

The video clip that has been going viral on the internet showcases the imam continuing to offer namaz undeterred in the face of a devastating natural disaster that has claimed the lives of many.

The powerful earthquake that hit Indonesia on Monday, has left 82 people dead and hundreds wounded, with thousands of buildings ravaged.

A seven-magnitude tremor also jolted the neighbouring island of Bali, creating panic amongst tourists and locals.

Many buildings are thought to have been damaged by the quake in Lombok´s main city of Mataram, said Sutopo Purwo Nugroho, spokesman for Indonesia´s disaster mitigation agency.