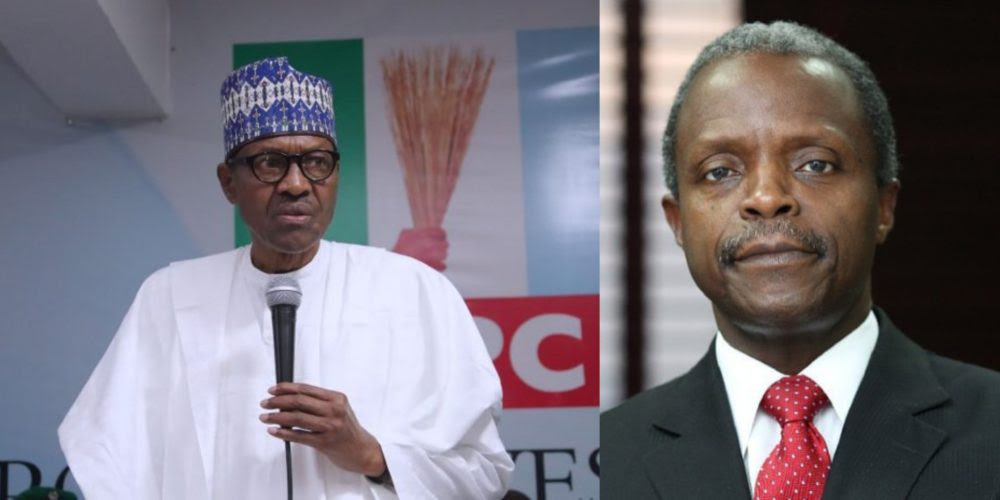 Acting President Yemi Osinbajo is sure that President Muhammadu Buhari will defeat other presidential candidates next year to continue his administration’s change agenda, according to a report by The Nation.

Osinbajo made the assertion yesterday while speaking at the Township Stadium in Ikot Ekpene, Akwa Ibom State, while receiving Senator Godswill Akpabio, who defected from the main opposition Peoples Democratic Party (PDP) to the ruling All Progressives Congress (APC). 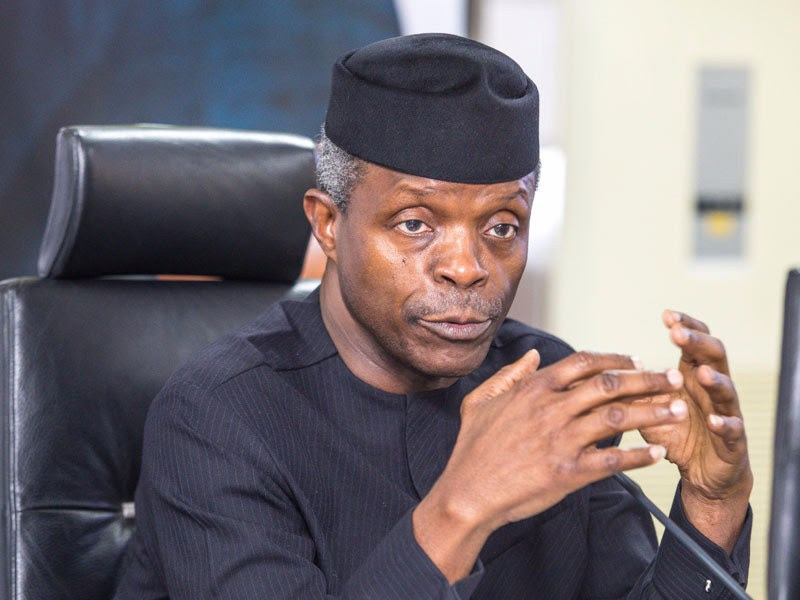 The Acting President, who was represented by the Secretary to the Government of the Federation (SGF), Boss Mustapha; declared that treasury looters would no longer be allowed to return to power.

Many members of the National Assembly, Akwa Ibom House of Assembly, State Working Committee (SWC) of PDP, former commissioners in the state and many elders of PDP across the three senatorial districts of Akwa Ibom State joined Akpabio in the APC.

Oshiomhole also announced the former governor of Akwa Ibom State (Akpabio) as the new leader of APC in the state.

Just as the rally was going on at the township stadium, PDP stakeholders in Akwa Ibom Northwest Senatorial District kicked against the defection.

Addressing PDP supporters yesterday in Ikot Ekpene, the PDP’s political leader of the senatorial district, Senator Emmanuel Ibok-essien, claimed that Akpabio did not consult them before taking the decision to dump the PDP for APC.

Ibok-essien, who was the Deputy Director-General of Akpabio’s 2015 senatorial campaign organisation, stated that people of the area would not support Akpabio’s re-election into the Senate in 2019, calling on the people of the senatorial district and the state to support the re-election of Governor Udom Emmanuel and other PDP candidates in next year’s elections. 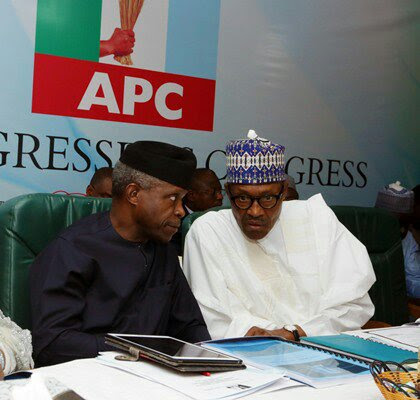 “I came here to thank the people of Akwa Ibom State for the remarkable show of solidarity that you have exhibited today (yesterday). I came here to dispense this goodwill from the President and the Acting President for the show of solidarity and to tell you that the government of President Muhammadu Buhari loves the people of Akwa Ibom State. I have come here to share with you the thrust of this government and to give you some basic facts that will help you make up your minds as to the direction Akwa Ibom has decided to go in 2019.

“When we met with the Conference of Catholic Bishops, I told them that if there is anybody that owns this government, the Catholics have nothing really to complain, because they have nine ministers, in addition to the chairman of the party, the Governor of the Central Bank; they also have the Chief Justice of Nigeria.

“People of Akwa Ibom State, I know that this is electioneering year, a lot of people will be going around offering their services to you. I have worked with all the candidates of the PDP. I know them personally. They are my friends. I do not have anything against them. If I have my way, I will ask the Independent National Electoral Commission (INEC) to allow all of them compete, but I can assure you that all of them will be defeated by President Buhari in 2019, because all of them are from the Northern part of the country.

“In 2007, we barely got two million votes all over the nation. I can tell you that President Buhari has won consistently in their states. Is it Sokoto, is it Kano, is it Jigawa, is it Gombe, is it Adamawa? Where else? Buhari is the only candidate that can give you 10 million votes as head start. Why do you have to invest and engage a candidate that can just generate 300,000 votes in his state? It is a totally wasteful exercise.”

He spoke about the administration’s achievement, saying:

“I recommend the government of the APC to you, because it has delivered on all planks. We are growing the economy, your railways are coming on board. Work is being provided through the social intervention programme, security is being improved, in spite of the challenges and with Akwa Ibom coming on board, under the able leadership of Senator Godswill Akpabio, things will change and turn around for the better for the Niger Delta region.”

Prof. Osinbajo also lauded the people of Akwa Ibom State for the massive support, pleading with them to be ambassadors of the change, as they returned to their various homes and communities, thereby setting the foundation for the growth of democracy.

The Acting President also thanked Akpabio for his exemplary leadership, the uncommon transformation of Akwa Ibom State and his decision to turn around the fortunes of the Niger Delta region, adding that the entire Southsouth zone will be taken over by the APC.

To Oshiomhole, the sea heads at the stadium, the energy of the youth, their sheer determination, as evidenced by the fact that they had been waiting since morning, it was certain that they would have the change they desire. He described Akpabio as an “uncommon transformer”, for pulling the mammoth crowd.

“Today (yesterday) is historic in the life of our party (APC). For too long, when I was governor of Edo State, even now my successor, Godwin Obaseki, we have always said that in the whole of the Southsouth, it is only in Edo State that APC has a governor. We are determined to find other states in the Southsouth to join forces with Edo State to sustain the changes that Nigeria badly requires.

“There are people who are giving the impression that Akwa Ibom State belongs to them, but today, with what my eyes have seen (mammoth crowd), in February next year, the great people of Akwa Ibom State will effect a change, under the leadership of a man of honour, Akpabio, who did what other people failed to do, by saying enough of the umbrella that has been badly shattered by terrible political weather, after misruling Nigeria for 16 years.

“What other people are afraid to do, Akpabio did it after deep reflection and he listened to the yearnings of his people, by sacrificing the title of Minority Leader of the Senate to join the APC. Akpabio did what Senator Bukola Saraki is unable to do and he has shown that the people of the Southsouth zone can be different, where it matters. We can stand up and be counted.

“I know that with your (Akpabio’s membership of our great party (APC), we will benefit from your uncommon transformational qualities that you demonstrated while you were the governor of this great state. You (Akpabio) are an uncommon defector. There are ordinary defectors, who want to move, but they want to steal the crown. We have an uncommon rally in Ikot Ekpene.

“Akwa Ibom people are united that in 2019, under the leadership and guidance of Akpabio, this state will join the states of progressive governance.”