Nigerian Couple sell their own baby & two others for ₦800,000 in Imo State 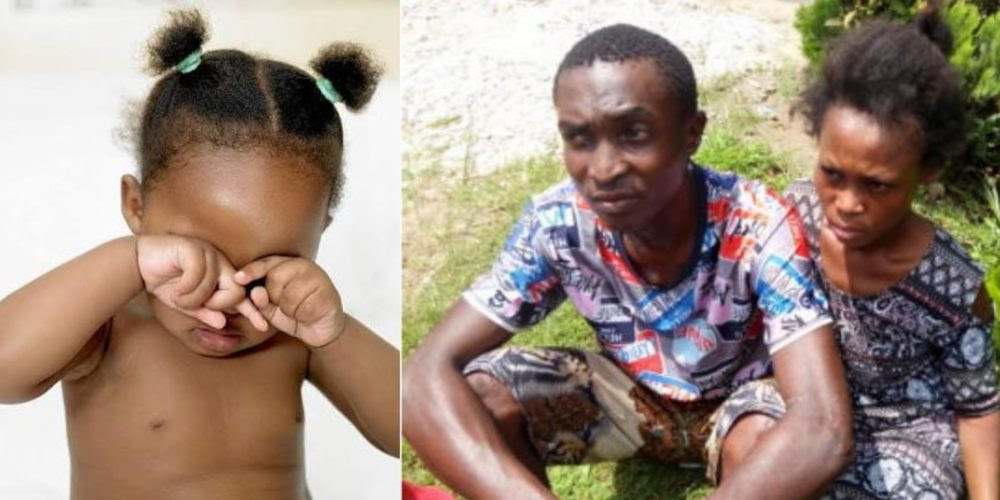 A Nigerian couple, Ugochukwu Nwachukwu, 28, and Glory, 30 have been arrested for selling three different babies, including their own 4 months old baby, for N800,000 in Imo State.

Vanguard reports that the state Commissioner of Police, Dazuki Galadanchi, while parading the, said: 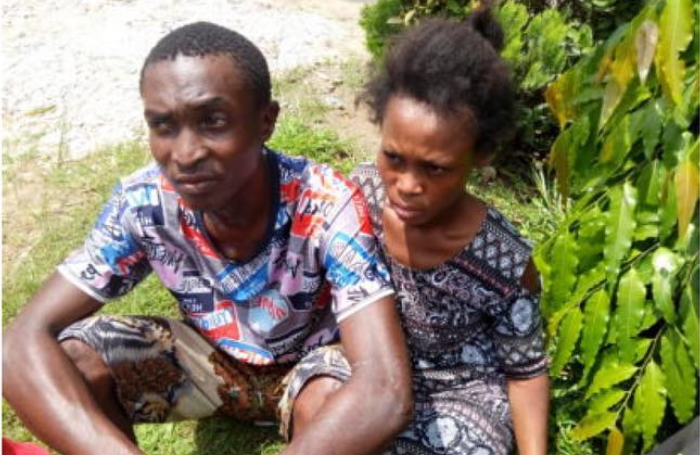 They conspired and lured one Jovita Aloka to Naze, where they tactically disposed her of her two children, Adaugo Oliver, 3, and Daniel Oliver 6 months and sold them to unknown persons.

They have confessed to the crime and other child trafficking within Imo state and its environs. Operatives are trailing other fleeing members of the syndicate.”

While narrating her role, Glory said,

“I asked my husband where my child was and he told me he had sold him. I was not happy with him. He never gave me even one naira. He is my first child. I am not happy with what he did.”

“I discussed with my wife before selling the child. I sold him for N400,000. My reason was that I wanted to join the Army and I did not have money to process it.

The bill they gave to me was high and I went to the point of selling my properties after that I could not make it. What I did was to use the remaining money to buy a motorcycle and start fishery business.

I was arrested through the person who linked me to selling my son. He connected me to another person. This second one is a boy and a girl and they sold them N400,000. They gave me only N200,000. It is this second business that exposed me.”