‘Leave Bible during sex, I use 55 different sex styles to satisfy my wife’ – Prophet Kumchacha 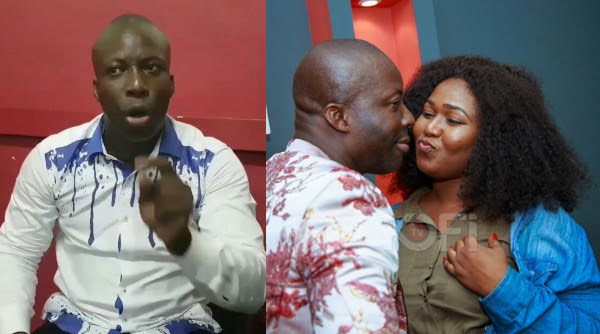 Prophet Kumchacha, founder and leader of Heaven Gate Chapel who was a guest on  Accra based Hitz Fm, has disclosed that God blessed him with a unique strength that enables him to satisfy any woman he meets for sex.

The Ghanaian Prophet who narrated how good he is when it comes to bedmatics, spoke on the need for Christian men and women to be romantic in bed. Prophet Kumchacha said he has fifty-five kind of sex styles which he unleashes gradually, whenever he engages in the act.

“Every individual has a style he or she prefers during sex. For me, I have fifty-five sex styles and when I meet you in bed I will unleash them to satisfy you,” he said.

Prophet Kumchacha who noted that most Pastors and Christians are not romantic, however advised that during sexual intercourse, they unleash the beast in them rather than act holy.

Few months ago, Prophet Kumchacha also made the shocking revelation about what he does before preaching the world of God. The plain-speaking man of God said there is nothing wrong with Christians practicing oral sex with their spouse. Citing himself as an example, the outspoken Prophet on Accra-based Kasapa FM said it is a ritual he enjoys with his wife.

“I lick my wife before going to preach and there is nothing wrong with it. My wife does the same thing so i must satisfy her too” he stated.

“I don’t think oral sex is explicitly prohibited in any biblical command. If the Bible pro-scribes it, it would have to be by principle and not by an explicit command” Kumchacha added.

He also described his wife to be the most beautiful woman on earth. According to the Founder and Leader of Heaven’s Gate Ministries, his wife was created with all the qualities of a beautiful woman and no woman comes near his wife in terms of beauty.