Kenny Ogungbe, owner of Kennis Music, needs no introduction in the Nigerian entertainment scene as he has influenced a lot of artistes over the years.

Despite the fact that a lot of Nigerian heavyweight musicians have passed through his record label, the Kennis FM boss told Saturday Beats that Tuface and Eedris Abdulkareem remain his best artistes of all times and gave reasons.

Fondly referred to as Baba Keke, he further described the acts as his best friends. “My greatest artistes of all time would be Tuface and Eedris Abdulkareem. As for Tuface, I call him my best artiste of all time because he sold the name Kennis Music and the highest number of records. I like Eedris Abdulkareem simply because he is straightforward and honest. Eedris is a very loyal person that would stay with you forever,” Baba Keke said. 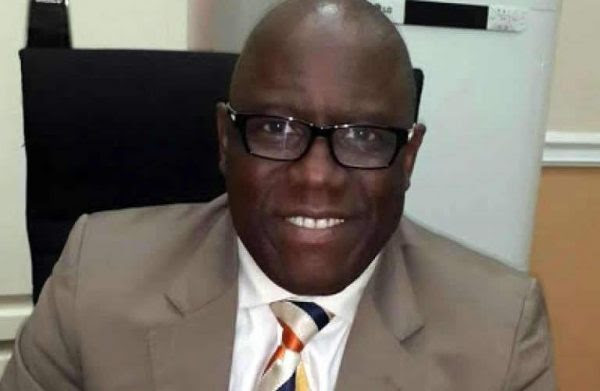 The music executive revealed how Eedris Abdulkareem left his record label. “Eedris never left my record label controversially. The contract I signed with them was for sales and management fee but it was only Tuface that was giving us management fees, I did that for quite a while till I held a meeting with my people.

I told them that since it was only Tuface that was giving me management fees, I could as well forget the others. I remember that I granted an interview with Ayeni and he captioned the story, ‘Kennis Music sacks artistes except Tuface’. That was what happened. The artistes were upset which is a normal reaction because if I were in their shoes, I would be upset as well but everything was eventually settled. Eedris came to me and said that he had a song, I listened to it and that is how we started working together again. Like I said, Tuface, Eedris Abdulkareem are my two greatest friends,” he said.

Speaking on how he met both artistes, Baba Keke said that after Tuface left Plantashun Boiz, he came to meet him. “Tuface came to me, I did not go to him. He came to me and said Baba, let’s work. The first time we met was while he was still with Plantashun Boiz; it was Tony Tetuila that introduced him to me.

I was thinking of signing Plantashun Boiz but they were with Nelson Brown, so I did not push. After their group split, Tuface came to meet me that we should work together and I agreed. I did not need any confirmation that he is a great guy. He is humble, gentle and very talented.

“I signed Eedris and the Remedies because their music was unique. No one was doing the kind of music that they did. It was very genuine, youthful and energetic. It was equally attractive. I did not know them before I signed them but the first time I heard their song, I aired it on the radio.

At that particular time, Dr. Raymond Dokpesi had instructed us to search for Nigerian artistes and there was nobody till I met them. Their song, ‘Sha ko mo,’ was recorded by the Ray Power producer who later became their official music producer. They had initially recorded the song at Alagbado but it was not clear enough, so we had to re-make it at the Ray Power studio,” he said.

He further stated the reason why he could not stop the separation of The Remedies despite the fact that they were under his record label. “If a group is together and they want to go their separate ways, if you try to stop them, you are wasting your time because they are the ones that know what they are going through.