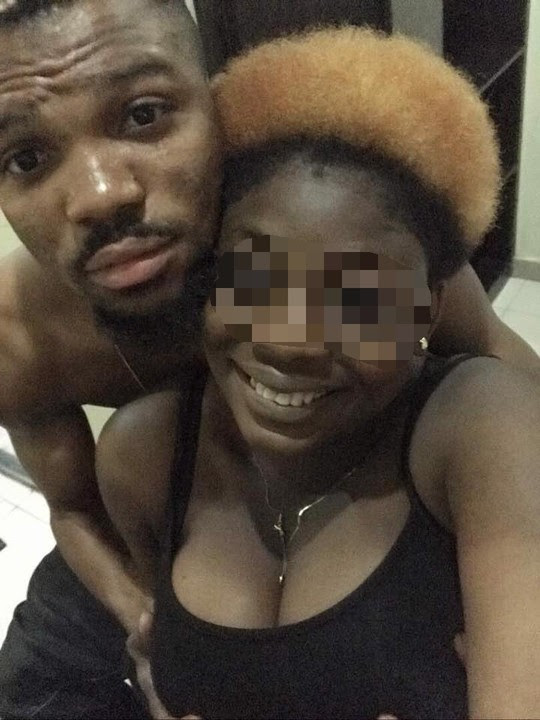 A young man has decided to put himself in the spotlight after revealing ‘plans for his future’.

According to the guy who hails from Benin city, Edo state capital and claims to a rich kid, he will continue to sleep around with different women until he falls in love with that special/lucky girl.

The young man took to Facebook to share a picture of him grabbing a lady’s b00bs. Rather than receive praises from online users after the ”revelation”, the guy was roasted and heavily criticized on Facebook. 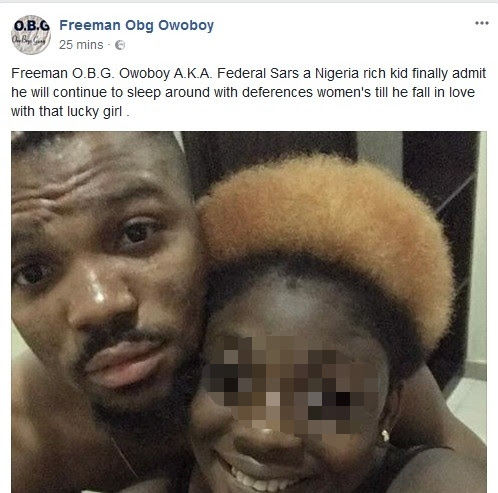 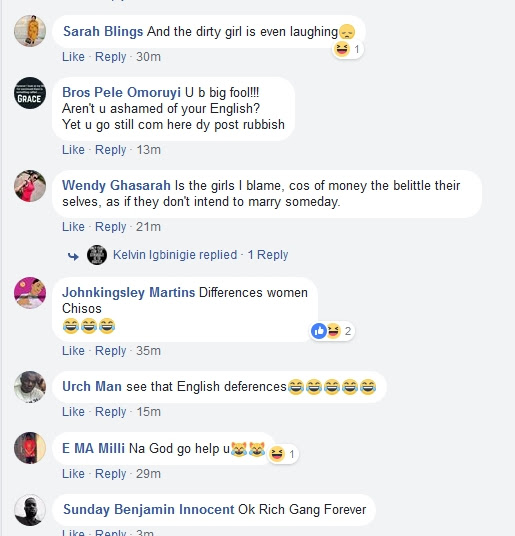