Armed Robber Who Went on a Mission, Hides Inside Bathroom to Watch Couple Having Sex 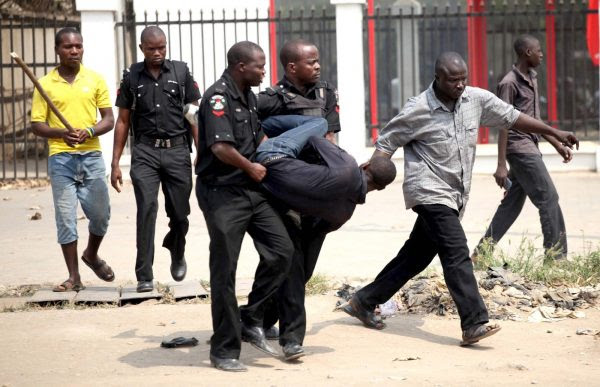 Oluwashina Fatai a man who was arrested after been caught spying couple while making love has been charged to court and sentenced to four years imprisonment without an option of fine.
According to P.M.EXPRESS reports that the incident happened at Omotshe compound in Itire area of Lagos where the victim, Mr. Raph Imoekor lived with his wife.

The suspect was said to have sneaked into the victim’s bedroom and hid inside at night. The couple, who had returned from work, ate and went to their matrimonial bed to sleep.

However, at about 3am Mr. Raph noticed a flash from torchlight inside their wardrobe. He got up to check and found Fatai there.

He held him when he attempted to escape and raised alarm which attracted other neighbours. He was then handed over to the police at Itire Division.
laimed to live under the bridge at Ojuelegba area said that he sneaked into the house at night and entered their bedroom through their living room and hid inside the wardrobe.

He reportedly said that his mission was to steal before the couple moved into their bed.

He was there until they started making love and he had to stay there because it was difficult for him to come out. He said from the wardrobe he watched them made love and attempted to sneak out when they had slept off.

He said that he was eventually caught after he had already collected their phones and attempted to move out before Mr. Raph woke up and held him.

Fatai was charged before the Isolo Magistrates court for sneaking into the complainant’s apartment and stealing.
He pleaded guilty.

The prosecutor, Mr. Oje Uagbale while presenting facts before the court, informed the court that Fatai had earlier been convicted by the same court last year under another name, Oluwaseun Gbenga after he went to a mosque and stole which he confirmed.

Then the prosecutor told the court that from the facts available, that the defendant was a habitual criminal that will not change and asked the court to sentence him accordingly to serve as deterrent because he was not a first offender.

The Presiding Magistrate, Mrs. O.A. Teluwo found Fatai guilty as charged on the two counts and sentenced him accordingly.

However, the court ordered that the sentence will run concurrently which means that Fatai will be spending the next two years at the prison custody.