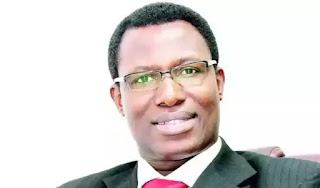 Association of Licensed Telecommunications Operators of Nigeria (ALTON) Chairman, Engr. Gbenga Adebayo, while addressing a press conference on the state of the industry yesterday said Ogun, Ondo, Akwa Ibom, Ebonyi, Osun and Kaduna states are treating telecoms industry as an extractive sector by imposing myriads of taxes on operators and closing down the Base Transceiver Stations (BTS) sites arbitrarily.
We learnt Ondo Town MTN Network has since seized to function for past 7days. Though we couldn't get an official statement to ascertain if the BTS of the town has been shutdown, but ALTON's chairman said many sites in the listed states have been shut down or about to be shut by agents of government not minding the security and economic implications on their states.
According to him, the Association has resolved that its members will not reopen any sites closed by state or local government authority.
"The arbitrary sites closure  without following the Nigeria Communications Commission, (NCC) guidelines and best practices will no longer be tolerated," he added.
He noted that ALTON's members continue to record cases of sites closures in many states in an attempt to force service providers to pay local taxes and levies.
He said some of these levies and taxes are multiple in nature because most of them are only aimed toward telecom operators.
He said, "We are considering very carefully the situation of site closure and harassment of our members in some of those states and we may begin anytime soon to have them feel the impact of their actions on telecom operators if they do not desist from deliberate disruption of our operations."
He said ALTON will serve the necessary warnings and if such practices continue: "we are then faced with two options: first is to pay the charges by such state government, and to increase the tariff chargeable for calls originating and terminating from networks in such states:  With all the attendant service delivery issues.
"Where such actions on the part of government continue: we shall then advise all our members, after due consultation with relevant authorities, because of the security and economic implications, to shut down the entire network in such state for one full day as a final warning to such state or local government area. Enough is enough."
He appealed to President  Muhammadu Buhari to place  a presidential declaration on "telecom Infrastructure as Critical National Security and Economic Infrastructure" as provided by the cybercrime law of 2015.